Ruto was speaking on Amanpour's show in an exclusive interview on Wednesday.

• Ruto says that everybody should be respected. 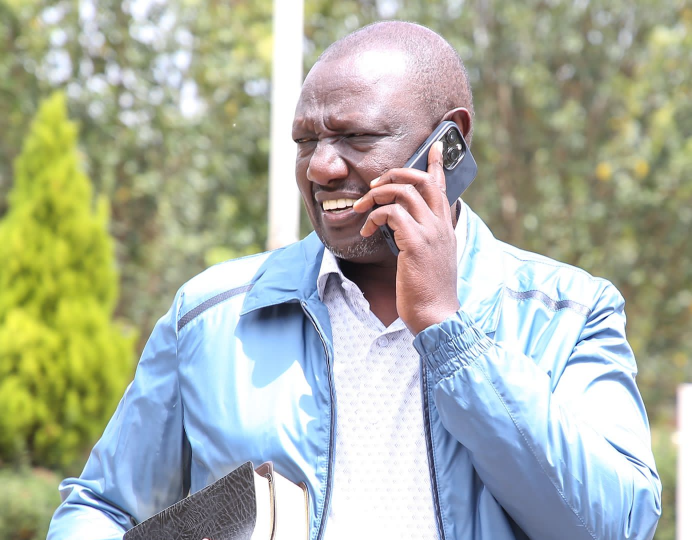 President -elect William Ruto. His view on LBTQ's in Kenya is that everybody should be respected.
Image: Twitter.

President-elect William Ruto in an interview with CNN has said if LGBTQ issues become too much in Kenya, people will be allowed to make their own choices.

Speaking on Amanpour's show in an exclusive interview on Wednesday, Ruto stated

"I am very clear that we respect everybody and what they believe in, but we also have what we believe in and we expect to be respected for what we believe in. When it becomes a big issue for the people of Kenya, they will make a choice."

"We do not want to create a mountain out of a molehill," he said, adding that he prefers to focus his efforts on unemployment and hunger.

Ruto's comments on CNN are similar to those made on the same network in 2018 by outgoing President Uhuru Kenyatta.

“I want to be very clear, I will not engage in a subject that is not of any major importance to the people and Republic of Kenya. This is not Uhuru Kenyatta saying yes or no, this is an issue that the people of Kenya have bestowed upon themselves in a constitution after several years and clearly stated that this is not a subject that they are willing to engage in at this time.

He added that; “In years to come, possibly long after I am president, who knows? Maybe our society will have reached a stage where those are issues people are willing to discuss openly and freely,”.

Below are some reactions from Kenyans- the majority feel like the West is forcing the LGBTQ issue on Africans.

@Santur2019: President Ruto is a man of book a true Christian who should not accept wrong culture like LGBTQ

@chiringasaha: Be who you are even if other people think otherwise

@AdongAdongo: Is being in lgbtq the only sin that people commit but other sins are not we are all equal in the eyes of the lord me as a member of the community love is love.

@PeterMuhuhu: Why do CNN ask this, asked Uhuru then Ruto, and as Uhuru said, "LGBTQ is not our problem, has never been out problem and will not be our problem, the west should respect our cultural beliefs, if it's not acceptable then it shouldn't be forced on us"

@MelvinMurithi7: It would be good to respect everyone since they're all individuals, whether member's of LGBTQ or not.. basically, in my opinion, provided you ain't harming me and my work, my friends or family, you can live the life you want and do what makes you happy, since they're also individual

@Ck_Mutua_: CNN Ought to be called out for making LGBTQ an issue when its not. People cannot advance non issues like LGBTQ on international television platforms when we have other more pressing issues like a falling& failing economy, joblessness, drought etc in Kenya.

Kaz Lucas: Factors to consider when coming out as queer

Kaz says one should be careful of their security, especially in countries where queer people aren't supported.
Entertainment
3 weeks ago

Noti Flow's new girlfriend asks her to unfollow everyone on IG

The identity and face of the new girlfriend are still a mystery but we do know the new girl resembles Noti Flow's former lover King Alami.
Entertainment
3 weeks ago
WATCH: For the latest videos on entertainment stories