• Former Sol Generation Signee Crystal Asige has officially been gazetted as a senator.

• In April Sabina announced that she was not going to run for any elective seat. 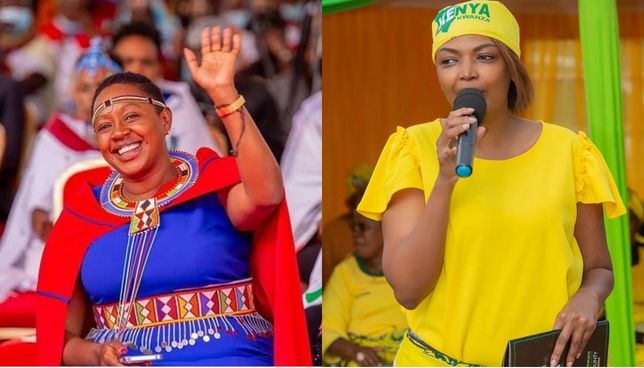 Sabina Chege abd Karen Nyamu who have been nominate to parliament
Image: Instagram

Former Nairobi Senatorial hopeful Karen Nyamu and outgoing Murang’a woman representative Sabina Chege are among officials and party loyalties who have secured nominations slots to the National Assembly and Senate.

In April Sabina announced that she was not going to run for any elective seat.

“I'm grateful to serve the Murang’a people as the pioneer woman representative under the new dispensation of the Constitution. It has been an honor, an opportunity to grow in leadership, serving with dignity and humility,” she remarked.

ODM National chairperson John Badi who shelved his gubernatorial bid in the August General election has been nominated to the National Assembly, as UDA Secretary-General Veronica Maina heads to the Senate.

The singer has been was nominated by the Orange Democratic Moverment (ODM) while United Democratic Alliance (UDA) nominated George Mungai Mbugua as the male representative for persons with disabilities.

On July 28, Asige sent a message of appreciation to ODM Party leader Raila Odinga for nominating her to the Senate.

“This week Hon. Raila Odinga chose to leave no Kenyan behind - no matter their ability or disability. I consider this Senate nomination by Baba and ODM to be an honour and count this as a win for the communities I represent. A win for Persons with Disabilities, a win for women, and a win for the youth in Kenya,” Crystal Asige wrote.

Members nominated to Senate to Represent the Youth

Members nominated to the National Assembly

William Ruto and Uhuru Kenyatta have talked about the just concluded General Election and the transition as envisaged by our democratic tradition and ...
Politics
2 weeks ago