Emmy Kosgei elated as father gets nominated to parliament

• Kosgei is among the five UDA members who have been nominated to the August House.

• Azimio has fronted Kalonzo Musyoka for the Senate speaker while Kenya Kwanza has endorsed Amason Kingi. 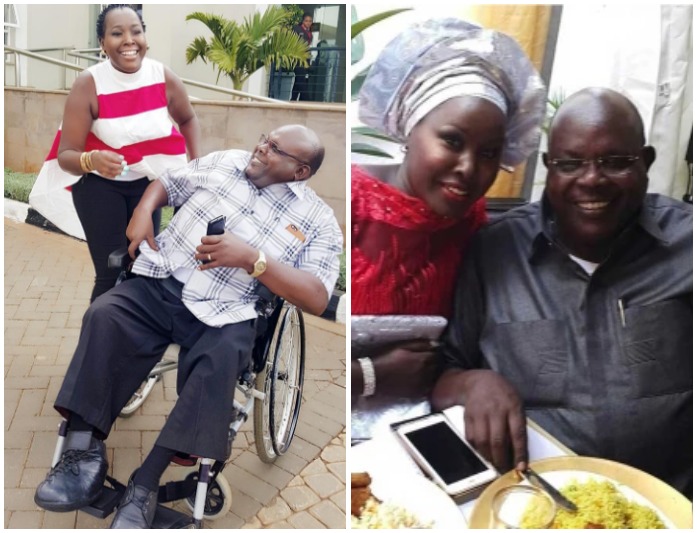 Emmy Kosgei with her father who has been nominated to the National Assembly by UDA
Image: Instagram

Gospel singer Emmy Kosgei is elated after her father got nominated to the 13th parliament by the United Democratic Party (UDA).

Bishop Jackson Kipkemoi Kosgei has been nominated to represent people with disabilities in the National Assembly.

Kosgei is among the five UDA members who have been nominated to the August House and he will serve for the next five years.

Bishop Kosgei was among the candidates who were eyeing the Baringo senatorial seat in the August General election but unfortunately, he did not go beyond the nominations.

Previously, Bishop Jackson Kosgei served as chairman of the Kenya Film Classification Board.

On the other hand, the Orange Democratic Movement has nominated three of its members to the National Assembly. The three are Irene Nyakerario Mayaka (Worker), John Mbadi Ngomgo (Worker), and Umulkher Harun Mohamed (Youth).

The Amani National Alliance, Jubilee Party, and Wiper Democratic Party both to have one MP.

IEBC on Wednesday gazetted the list of party nominees to the Senate and National Assemblies ahead of their first sitting Thursday.

Both houses are expected to elect their speakers on Thursday. The senators-elect will be convening from 9 am in the Senate Chambers for swearing-in and election of the speaker and deputy speaker.

Azimio has fronted Kalonzo Musyoka for the Senate speaker while Kenya Kwanza has endorsed Amason Kingi.

In the National Assembly, Moses Wetangula who has resigned as Bungoma Senator will face off with Azimio’s Kenneth Marende, a former speaker.