Kaz Lucas: Factors to consider when coming out as queer

She says some relatives still ask when she is getting married.

• Kaz is in a throuple relationship.

• She says there are different places where pone can hang out as a queer. 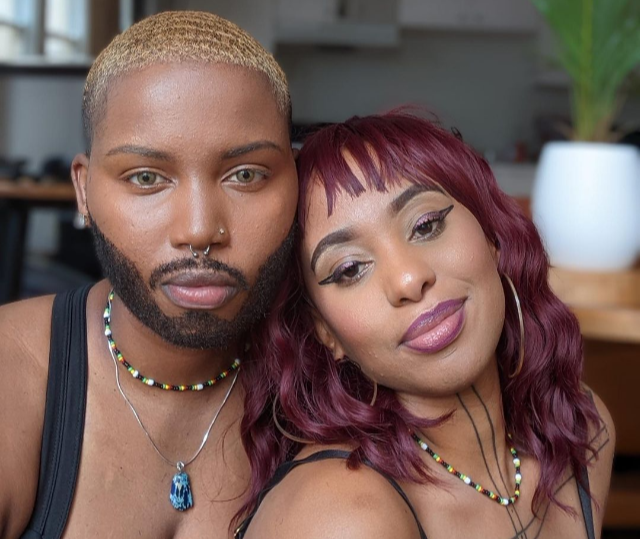 The creative is openly a member of the LGBTQ Community. She is in a throuple relationship.

Do you think we should come out? Asked a fan?

To which Kaz responded

"It's for you to decide.

It's not important for people to know what your orientation is.

I have come out publicly but on some social media I do not share such especially with people who do not know who I am.

Some uncles and aunt still ask when I am getting married."

The actress well known for her pole dancing skills says she different factors determine whether to come out or not.

"It's up to you to decide who you want to come out with.

It's possible to cultivate queer relationships in Kenya. Relationships are based on you and the person who you chose to be with.

Society forces us to identify if a person is the one.

Society makes it look like these are things that we must figure out. I do not believe in the one."

Kaz says one should be careful of their security, especially in countries where queer people aren't supported.

In a past interview, Makena Njeri who is a member of the LGBTQ community said being a queer activist has put her life at risk.

Makena who opened up about their sexual orientation last year, told Mpasho that running the Bold Network foundation has not been a walk in the park.

At times, they have wanted to quit but thinking about the impact that would cause on those who look up to them, gives them the energy to move on.

"Activism has exposed me to danger if I think about it. But what else are we supposed to do?" Makena asked.

"It's either I will be bold and continue being bold about it, or give up and just disappear. If I do that(quit), what impact will I have created for people not only the queer but even young people who want to be bold in whatever they are pushing?"

Makena said they want people to grow up being bold in all circumstances. However, Makena admitted that all activists live in fear despite being bold.

"We understand that this is the work that we need to do and we speak to our God to protect us and keep on the work without fear," Makena said.

Makena said they have many times faced discrimination, trolling, and hate from society.

"I am always discriminated against. Every time I go on social media, I am constantly being judged and corrected about being me. It doesn't bother me anymore since it's part of the job I do. It hurts that letting people in your life can make them bash you."

Makena said she is standing firm for children who are being discriminated due to their sexual orientations since she was once a victim of the same.
Exclusives
10 months ago

Sauti Sol's member Chimano shared on his social media that the community's rights should be respected.
Entertainment
10 months ago
WATCH: For the latest videos on entertainment stories