• As a businessman, Sharrif Nassir is the Chief Executive Officer (CEO) of Radio Rahma located in Mombasa.

• Nassir's political journey was inspired by his late father Shariff Nassir who was a staunch KANU supporter. 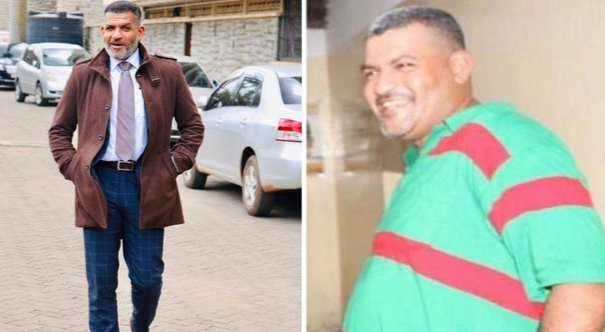 Abdullswamad Shariff Nassir who is the Mombasa Governor-elect
Image: Instagram

In the recent past, several Kenyan celebrities and politicians have been documenting their weight loss journey on social media to inspire and challenge their fans and followers to also live healthily.

This has been the same case with Mombasa Governor-elect Abdullswamad Shariff Nassir who had an impressive journey when he decided to hit the gym and put his body in shape.

In 2017, Nassir was in the news after losing more than 40Kgs over a period of two years. Sharrif caused a buzz on social media after releasing photos of himself looking slimmer .

His impressive body transformation also registered a big change in his fashion sense. The outgoing Mvita MP used to weigh a staggering 130Kg before deciding to hit the gym.

“I weighed a staggering 130kg and honestly, it was getting a bit scary. The extra kilos made me look too old and twice, my wife was referred to as my daughter…I currently oscillate between 84kg - 87kg and my waistline have dropped from 44 inches to 34 inches with a well-sculpted body. Now they refer to my daughter as my younger sister,” Nassir said in his 2019 interview with Nation.

In a separate interview, Abdullswamad disclosed that his weight loss was a result of a strict diet, dedication to proper workouts, and focus.

“I never used drugs to cut weight or operations. No product can be able to outsmart your mind and your self-determination,” Sharrif said.

He also mentioned that his weight loss journey started back in 2014 when he was unable to skydive while holidaying in Dubai due to being overweight.

On August 30, 2022, Nassir was announced as the winner of the Mombasa gubernatorial race after garnering 119,083 votes.

Before joining the governor race, he served as the Mvita Constituency Member of Parliament for two terms.

At the National Assembly, he served as the chairperson of the Public Investments committee and a member of the Departmental Committee on Finance, Planning, and Trade.

His political journey was inspired by his late father Shariff Nassir who was a staunch KANU supporter.

In 2013 he succeeded CS Najib Balala as the Mvita Mp on the ODM party ticket.

As a businessman, Sharrif Nassir is the Chief Executive Officer (CEO) of Radio Rahma located in Mombasa.

In 2014, the incumbent Mvita MP shed tears while addressing Mvita residents over the rampant insecurity that had rocked Mombasa County.

In the 11th parliament, he was at the forefront of promoting education and gracing major education events in the support of his course.

He now takes over from his close friend, Governor Hassan Joho who served for two terms.

In his manifesto, Nassir unveiled a five-point plan that will go a long way in eliminating drug addiction in the coastal county.

Celebs shower Nassir and Barasa with praise for emerging victorious

Nassir who was vying for the seat on the ODM ticket floored UDA’s Hassan Omar Sarai after garnering 119,083 votes. Omar got 98, 105 votes in the ...
Entertainment
3 months ago