Jaymo Ule Msee confident of winning if the election is nullified

Jaymo Ule Msee says he is confident of Prof. Wajackoyah bagging the presidential seat if the election is nullified.

• Jaymo Ule Msee is confident of Prof Wajackoyah winning the elections if the results are nullified.

• This is despite him congratulating the president elect 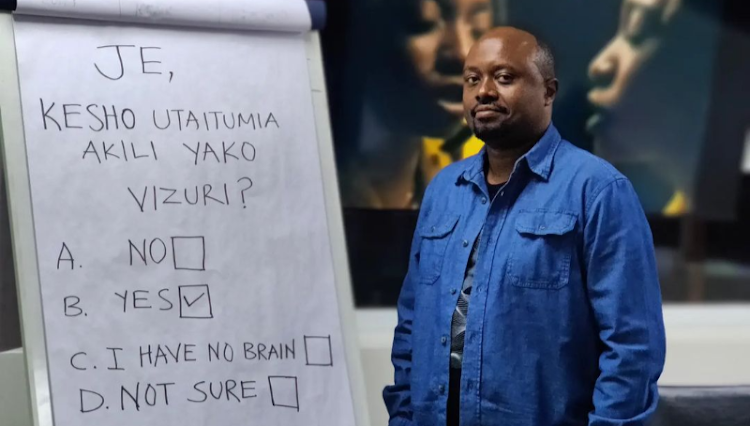 Wilson Muraini Gathoni alias Jaymo Ule Msee, the Roots party spokesperson and media personnel says he is confident of Prof. Wajackoyah bagging the presidential seat if the election is nullified.

Speaking to Dr. Ofweneke, the comedian expressed his confidence as he said,

"Out of the 22million voters that had registered only 14 million voted, 8 million ni watu wa bangi wote, chunguza kidogo.

Mchunge sana, if the election is nullified by the supreme court, Wajackoyah will become the Commander in chief of the armed forces.

If the eight million who did not vote are given a chance by this nullification, they will vote.

If there is a nullification, prepare for his excellency Professor George Luchiri Wajackoyah."

As though contradicting his own conviction, when the IEBC chairperson, Wafula Chebukati announced the results on 15/08/22, he went ahead and stated on his socials,

"Congratulations to the 5th President of Kenya William Samoei Ruto. We the Ganja fraternity fought a good one but you emerged victorious. Now take Kenya to the next level as per your promise in today's acceptance speech 🙏🙏🙏🙏🙏"

A confused audience responded as they wrote;

Kaba miano: ❤️🔥 You know how to seize the Moments

Jaymo Ule Msee discloses what drew him to Wajackoyah's Roots party
Exclusives
3 months ago
WATCH: For the latest videos on entertainment stories