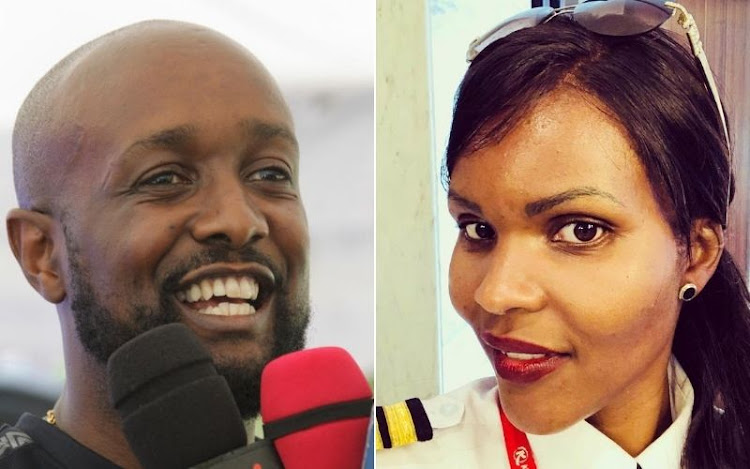 In a congratulatory tweet, Captain Ruth thanked Kasarani voters for supporting her husband promising that he would give them the best.

"Thank you to the people of Kasarani for trusting him m. I can assure you he will deliver on his promises" she wrote.

According to her bio on Twitter, Ruth Karauri is a Captain at Kenya Airway. She is a mother of three children, she loves reading books and inspiring all girls to reach for the sky.

Here are the reactions from her followers;

Karùri Nyaga: There's only one reason that made Karauri and Keroche vie, to protect personal interests.

charles wambua: Congratulations Captain. I'm certain he'll deliver. I have known him since childhood and he's a hardworking man. Kasarani you're lucky.

ERNEST DIHA: If he doesn’t, we come for both of yo.

yosjanuzaj: We voted for a competent, experienced and dedicated leader who has the capacity to help our society to access development projects from national government and other development partners mostly from his vast international networks. Karauri Guarantees Developments Beyond NG-CDF.

McBeth: I moved from Kasarani in 2020 so I was not keen on its Politics. I had never heard about the guy. I came across your tweet on Monday and just decided to vote for the independent guy. Sent the Twitter link to family and friends voting in the area and here we are…

Snr Chief.Kibathi: He had everything we were looking for a leader. Youthful, academically qualified, experienced and above all good hearted. Disclaimer : Remind him that we want service delivery as he promised in his manifesto, else he will have broken many young peoples dreams.

James Maina: Karauri will give his best shot.Kasarani Clay city ward we need a good road.

Didmus Barasa who was vying under a UDA party ticket beat his opponent Khaemba with 26,861 votes to 9,497 votes.
Politics
1 month ago
WATCH: For the latest videos on entertainment stories