Nandy reacts to 2.5m fine on Rayvanny by WCB

Nandy explained that Rayvanny was paid like any other artiste who performed at her event.

• Nandy has responded to allegations that former Wasafi signee Rayvanny was fined Sh2.5 million for performing at her event.

• Nandy explained that Rayvanny was paid like any other artiste who performed at her event. 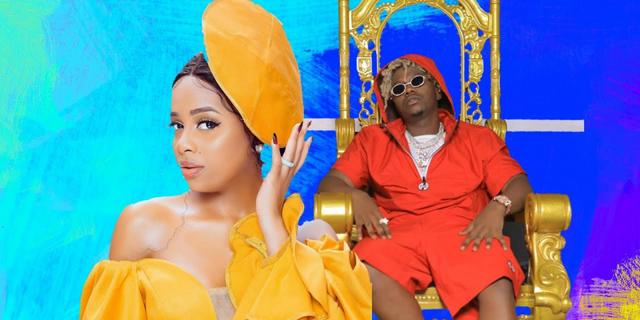 Tanzanian singer Nandy has responded to allegations that former Wasafi signee Rayvanny was fined Sh2.5 million for performing at her event.

The mum-to-be stated that she reached out to Rayvanny and followed the required procedure when booking him as a surprise artiste at 'Nandy Festival'.

The singer was interviewed by Cloud FM and said she is yet to confirm if the allegations are true.

Nandy explained that Rayvanny was paid like any other artiste who performed at her event.

"This is business and that’s why we followed all the protocols to get him. He came with like 4 cars and 13 people on his team, that’s his bodyguards and others," she said.

"We never talked about WCB because I approached him as an artist and friend but I also adhered to their demands and if there was a need to reach out to WCB, we could have done that. But it was very smooth."

Addressing the issue of Rayvanny being fined by WCB Nandy said;

"I have seen the news and I feel bad for him because I feel like I put him in trouble. I have not even been able to ask him. But I saw he said he is an independent artiste and you can book him through his team. That gave me a bit of relief, making me to assume that maybe this are just fake news doing rounds on social media."

According to Tanzanian media, Rayvanny has not been cleared to perform at any concert until he fully terminates his contract with Diamond's record label.

He will now be forced to pay TSh50 million more after performing at Nandy's festival last month.

"Rayvanny went to seek help from Basata because of the amount of money he was charged by Wasafi," the report says.

"He was not supposed to perform at any concert before he was cleared by Wasafi record label, but he went ahead and performed at Nandy's event."

Bien Aime Sol recently revealed a lot of information in an interview with Mambo Mseto's Willy M Tuva.During the
Entertainment
1 week ago

On July 12th, Vanny Boy left Wasafi Records and details of his exit are now emerging. His time at WCB was described as drama free, possibly a dig at ...
Entertainment
2 weeks ago
WATCH: For the latest videos on entertainment stories