Singer Wahu blasts a fan who called her old

• Wahu did not seem to understand why the nose is the one which is usually affected.

• Wahu Kagwi who is already experiencing the body changes that come with pregnancy showed her swollen nose due to her pregnancy. 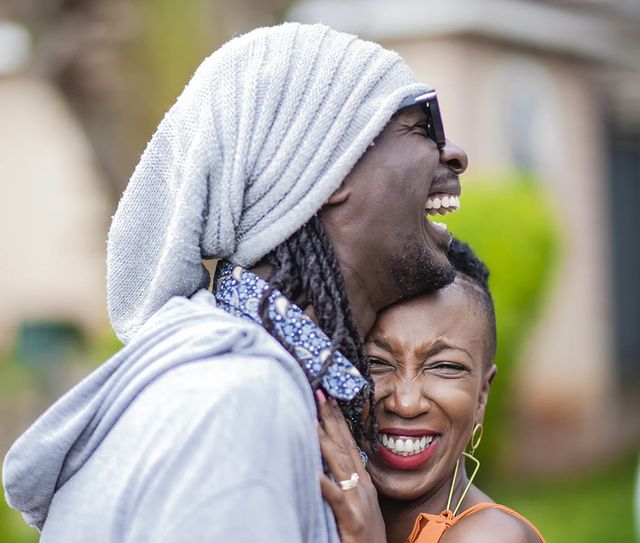 Singer Wahu has told off a fan who tried to troll her online.

Wahu Kagwi who is already experiencing the body changes that come with pregnancy showed her swollen nose due to her pregnancy.

In the photo she made fan of how big her nose looked due to the pregnancy.

According to the mother of two, she did not seem to understand why the nose is the one which is usually affected.

"Hii ndio inaitwa breathing for 2?? Wueh!!!! I still don't understand why the nose does this ," she captioned hilariously.

In the comment section, a fan identified as Blessed Luke alleged that Wahu looks had changed because of her age.

"Age is catching up with Wahu. Kweli ujana ni moshi no more slaying," the fan wrote.

The pregnant mum said she is enjoying  her life's journey so much.

"But who said aging is bad? I am enjoying my life's journey so much."

Msshla Felix: "Such a disciplined and humble lady, despite the fame you & nameless are an inspiration to many. I wish the young so-called one-hit wonder artists of gengetone could learn a thing from this power couple."

Colleen Kerubo Araka: "Yes you and tenant need all the oxygen you can inhale during every breath...looking so radiant ."

Ochieno Caren: "I have been here. I got my bundle of joy on Tuesday this week. It was a tough journey, but worth it. Wishing every expectant mother a safe delivery."

A few weeks ago, Anita Nderu who is also expecting a baby said she was enjoying every body changes as long as her baby is fine.

Celebs who have done songs with their partners

'Tumiso wants a car for her birthday!' Under pressure Nameless mourns

Singer Nameless explained to her that she could only afford to buy her sneakers but not a car.
Entertainment
1 week ago
WATCH: For the latest videos on entertainment stories
Mpasho, Kenyan celebs, Kenyan celebrities, Mpasho Latest, Mpasho News, Mpasho Kenya, entertainment news, celebrity news,