'I chose DJ Mo over my wealthy suitors' Size 8

• She has been married for 9 years 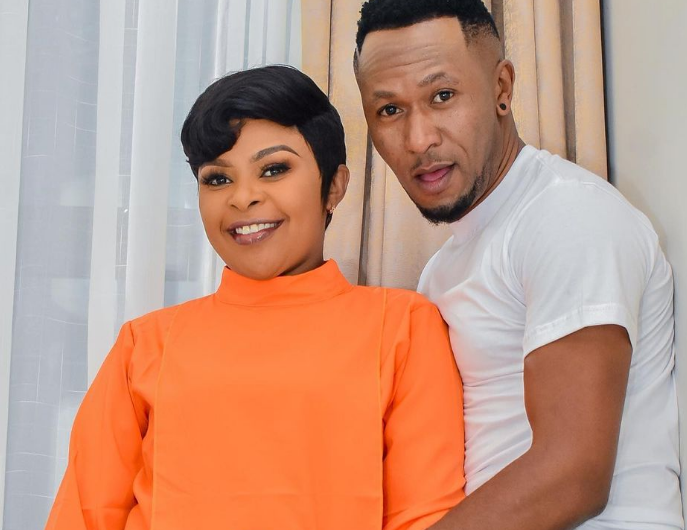 Gospel artist size 8 speaking on marriage, revealed that she had two other suitors who were wooing her and seemed well off yet on the other hand the man she loved Sammy Muraya alias Dj Mo was in his humble beginning.

This conversation stemmed up during an interview as she spoke about what really matters when thinking of settling down with a prospective.

"When I met Dj Mo there were two rich men, with good standing in the society that pursued me. Walikuwa wameomoka! On the other hand, Dj Mo was just starting up."

Marriage conversations have turned to be grey areas as most say 'Nairobi ni Shamba La Mawe' or 'Kupendana Raha and Kuachana sherehe.'

It is not an institution that a large percentage is looking forward to being part of, some will say  'marriage is a trap', and others will ask 'niache sherehe?'

"Find someone who loves and fears God, who loves you, and one with whom you have some levels of compatibility,"

"In that order." She placed emphasis.

The mother of two continued to stress her point as she gave a practical example,

"Kuna time hufika Mo amenibore na mimi nimembore, the only reason we will do what is right is out of the fear of God."

"Most ladies want to get married to the richest man on the table, they will go with wealth, but in marriage, you will find that how a man looks (his physique) is only 30% and the rest is all about his character."

The singer-turned preacher, expressed her gratitude as she did not go with what she saw in the two men because she would have missed out on a diamond that was covered in dust.

"I am grateful I held onto the promise of God, look at us now, we are building a very huge mansion."

"I got married around the same time with an artist who got a car for a gift, and people on Twitter were saying, Size 8 got a mixtape and so and so got a car"

Size 8 celebrated her 35th birthday yesterday, and Dj Mo could not withhold as he wrote

"HAPPY BIRTHDAY babe, as you grow old always rem that am proud of you, the strides you have made, and who you have become. Thank you for being in my life and giving me beautiful babies. I love you, happy birthday."

Size 8 talks being loud and aggressive in marriage

Speaking to youtuber Priscilla Ndany on the segment PourItout, Size 8 admitted how she almost failed her husband out of her ego.
Entertainment
2 months ago

David Beckham's sons Brooklyn and Romeo are professional models.
Entertainment
2 months ago
WATCH: For the latest videos on entertainment stories

Celebs who have done songs with their partners