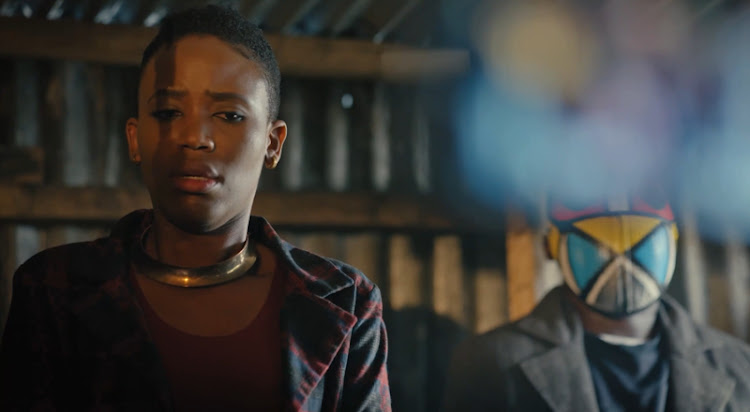 Despite the country's wealth, its citizens are suffering from the high cost of living and scarce resources.

Now against the backdrop of great civilian discontent, a disgraced security officer is compelled to save the new governor and her chief of staff - his estranged wife - from a local terrorist group.

The trailer opens with the new governor of Bwatele County, Nerimah Mkung, visiting the marginalized Sector 4 with a new message for change but it might be too little too late.

Things take a wildly unexpected turn when the governor is taken hostage by an unknown group who’ve had enough of the plundering of their resources.

Their message to the government as Bwatele plunges into chaos is clear: they want their money back. And they’re prepared to kill for it.

"My fellow countrymen, I’m reading this statement on behalf of the citizens of Bwatele County. We have shut down Sector 4.

The government has failed to deliver on their promises; we now want our money.

We will distribute it amongst each other ourselves. If anyone tries to stage a rescue, the governor dies. If you send the army, your governor dies.

If any of our demands are not met, your governor will be executed live online. Bring back our money,” Governor Nerimah is forced to read on live TV.

First announced in March 2022, County 49 is the fifth Showmax Original title in Kenya after the police procedural and legal drama Crime and Justice S1 and S2, the coming-of-age film Baba Twins, the drama series Single Kiasi and the thriller series Igiza.

Had the song 'Geri Inengi' been used in the film Click Click Bang, Wakadinali would have been paid sh450,000.
Entertainment
2 weeks ago

Mercy accused Betty Kyallo for slandering her name to her friends while Betty said Mercy reacted with emotions.
Entertainment
3 weeks ago
WATCH: For the latest videos on entertainment stories