• Arap Marindich and his navigator can be found around a popular mall. 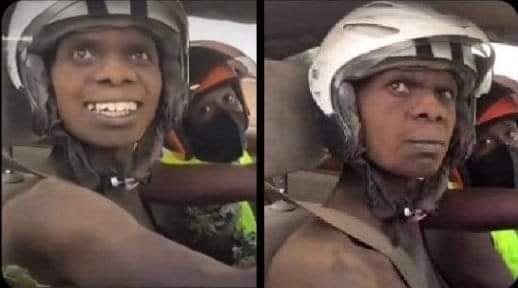 His facial expression has gotten the attention of online users who are using it to depict different situations.

Here are some memes that will leave your ribs aching from how funny they are.

The original tikttok video of Arap Marindich akak Marindiny was of him depicting the World Rally Championship drivers and how they build excitement before the race.

The Rally was held in Naivasha in June this year. The comedian has gone viral internationally for his video clip in Kenya during the Naivasha Safari rally.

A person interviews Arap thanking him for participating in the safari rally. He tells him that he has noticed Arap and his navigator have had a rough race (they are dusty on the face)

Laughing, Arap responds to the interviewer

"yeah this si my navigator and our sponsors the race was fun, we almost got stuck, and ultimately we found ourselves in the bush. Take a look at some of the tree branches stuck in our car"

Arap tells how their faces are so dusty

"we almost rolled over. "

They almost ended up in the bush looking at the map guiding drivers on the route.

"We went into the corn and voila into the bush."

The two comedians tell the interviewee they finished the racer at position 1.

Why was their performance so terrible? Arap defends themselves saying

Araps TikTok's very humorous for those who understand the dialect. Though others are in English/Kiswahili

EPL begins tomorrow. But I am a Man U fan pic.twitter.com/PdL4QdVK0z

Tiktoker BenawaMalines leaves our ribs cracking with his lines on Tiktok. In an interview with Oga Obinna, Bena opened up about his personal life.
Entertainment
2 weeks ago

I have invested millions-Moya David explains about lavish new spa

Moya David, "There are millions of money invested here, but I have also made a lot of money and I have saved so much money from it."
Entertainment
2 weeks ago