• Abdu Kiba was recently rumoured to have gotten married for the second time. 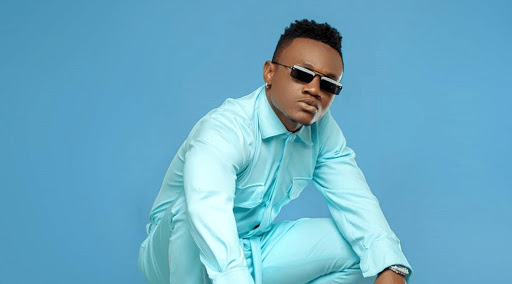 Speaking during an interview with Wasafi TV Mbosso says at the time he did not know the two had any connections.

"One day I was chilling when I saw a page that delivers biriani. I sent a request for the same as biriani is my weakness."

Mbosso says at the time the account had no photos of the lady in question.

"The account had no photos so I just knew it belonged to someone selling biriani. I ate biriani the first day and made a habit of ordering the same every Friday."

Mbosso added that with time Abdu Kiba's wife sent him a DM saying that she was his fan. That was the beginning of their friendship.

In a recent interview, Mbosso opened up about battling a heart condition that might make it hard to have more kids in the future. The 29-year-old WCB artist has revealed that he has been battling the situation for a long time

In an interview with Wasafi Media, Mbosso explained that the condition that causes his body to tremble was caused by a blockage in his arteries.

"I have been told my problems are due to my blood vessels being blocked by fat. I have had this condition since I was born," Mbosso said.

The musician revealed that there are times when the condition causes so much numbness in his body that he loses consciousness.

Mbosso said the disease is present in his family and he has had it since his birth. He said that there is still light in the dark as there is already a plan for the situation to go abroad.

"I have been pressured to keep on exercising. There are also professionals I have contacted. I have to travel to meet them," he said.

Diamond refers to himself as Zuchu's husband

Mbosso explains why he has so many kids

Mbosso has a heart condition that might hinder him from getting more kids in future.
Entertainment
1 month ago
WATCH: For the latest videos on entertainment stories

Mbosso to perform in Lodwar for the first time

'We had just spoken,' Mbosso mourns death of fellow singer