• He is very single after character development. 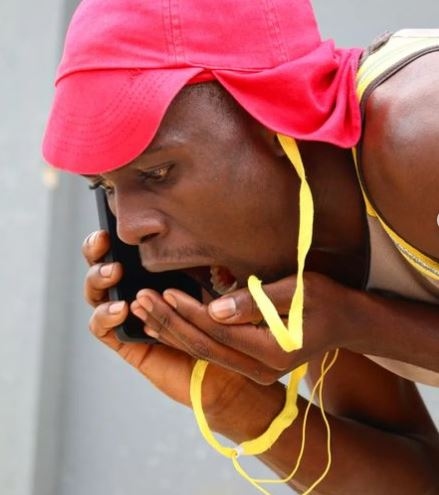 Tiktoker Bena wa Malines leaves our ribs cracking with his lines on Tiktok. In an interview with Oga Obinna, Bena opened up about his personal life.

Here is what you need to know about Bena. He was born in Juja. Bena studied at Mount Kenya University (MKU).

While some think he is 25 years old, he is only 22, something he doesn't want many people to know about.

BenwaMalines has been doing his skits since 2021 since the term with his skit, 'Usinishike mapaja' going viral.

Bena told Obinna that he met challenges along the way and fell back, but now he is back with a bang. "Nimepata chance ya kutesa nitatesa to he fullest life is short maisha huisha men."

His trademark hat - a red one- the hat never leaves his head. "Imeshonelewa kwa fupu ( skull ) hunishikii why?"

He also likes to wear earphones. The yellow straps hanging from his ears are earphones the cable hangs all the way to his pocket. He says he likes it that no one has a clue those are earphones.

Bena also spots a grey sleeveless vest. He will never apply Vaseline to his dry chapped lips. Fans have always told him to apply to his cracked lips but he says he never will.

He was dumped and describes his character development by saying,

Bena blames it on simping; "But nimwongezee mbili that's where I went wrong manze. I showed her siwezi kutoka akakuwa overconfident. Iliumana weh!"

He has been accused of using drugs. Is there any truth to it?

"Drugs which? wako na evidence gani? It's just my accent, how can you accuse me of using drugs just because of the way I talk? This is how I am wanani wekelea, There are so many drug dealers out there, how come they don't talk like me? Why? Si poa wananiwekelea hivo buda"

"Bena Wa Malines lives with his grandmother. He calls her Mukuru which means old in Kikuyu.

Mum of 12 describes being pregnant 16 years in a row

The mother of twelve is a choreographer by profession which explains why most of her family videos on her Tiktok channel are her children and husband ...
Lifestyle
1 week ago

Aq9ine said that lack of a job led him to start cooking and eating weird food.
Entertainment
2 weeks ago
WATCH: For the latest videos on entertainment stories