Ben Pol terms his dad's death as a difficult period

The singer's message to his fans came amidst his dad's death

• The cause of death hasn't been made public. 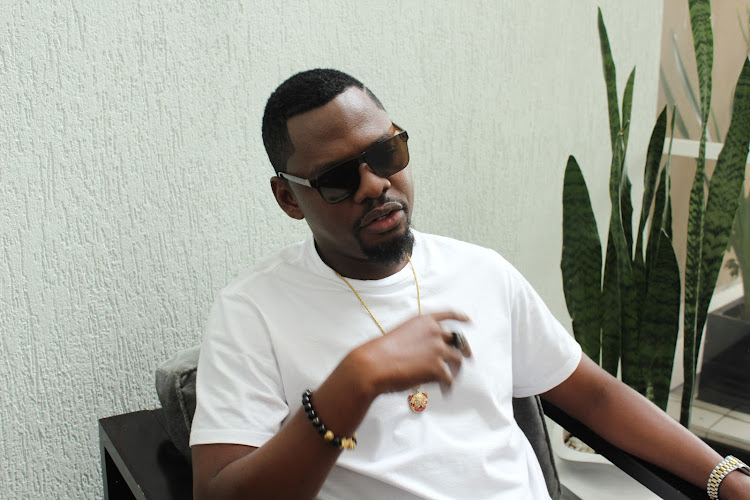 Ben Pol during an interview with Mpasho.co.ke
Image: Saidi Abdalla

Anerlisa Muigai's Tanzanian ex-husband Ben Pol has thanked his fans for their support after the loss of his dad.

Taking to his social media he captioned,

(Thank you for thinking about us during this difficult period. Your cooperation in money and kind has been very important to us.)" He wrote in part.

Ben thanked people who had taken their time to call the family adding that they would never forget the acts of kindness shown by people.

Adding, "These past few days have been surreal. Thank you for making us feel a little more grounded. Your kind condolences mean more than you know. God Bless."

Ben had last week taken to his socials to announce the death of his dad. He did not however reveal what was the cause of his death. "RIP Strongman #DAD 💔🙏🏾 25/07/2022."

The sad news came a few weeks after Ben Pol professed his undying love for Kenyan women despite having had a short-lasting marriage with one.

Ben Pol said the reason he loves Kenyan women is that they are hardworking.

Ben Pol who was on a Kenyan tour also professed his love for the country adding that he has adopted a Kenyan name.

Ben Pol was living in Kenya most of the time when he was married to Keroche heiress Anerlisa Muigai.

The two started dating in 2018 and held their wedding in 2020 only to part ways months later. Ben Pol said Anerlisa was one of his greatest cheerleaders.

He featured Anerlisa in two of his music videos as a vixen. Ben however could not point out the exact reason for their fallout.

Ben Pol explains why he filed for divorce from Anerlisa Muigai
Exclusives
1 month ago
WATCH: For the latest videos on entertainment stories