• Will Smith apologises to Chris Rock in a video he posted online.

• The Oscar-winning actor slapped Chris during the awards show. 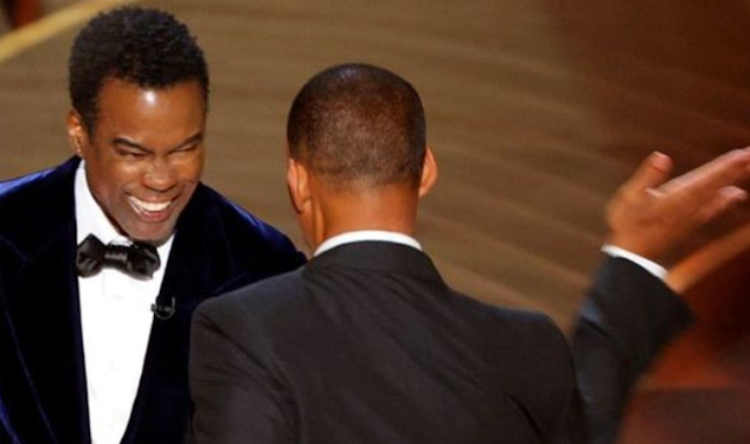 Will Smith and Chris Rock confrontation at the Oscars
Image: Oscars

After slapping Chris Rock at the Oscars, Will Smith claims he "reached out" to him, but the comic has stated he is "not ready to chat."

The actor slapped Rock on stage at the Academy Awards in March, after the comic made a joke about Smith's wife.

On Friday, Smith released a video reflecting on the slap - the first time he has been seen discussing it - in which he reiterated his apology.

"Chris, I apologise to you. My behaviour was unacceptable," he said.

"I'm here whenever you're ready to talk."

Smith has previously only issued written statements about the altercation. In the video, on his own YouTube channel, he answers questions that appear to be written by fans. He reads out the questions himself, addressing the camera directly.

"I spent the last three months replaying and understanding the nuances and the complexities of what happened in that moment," the actor said.

"I wasn't thinking about how many people got hurt in that moment... There is no part of me that thinks that was the right way to behave in that moment."

Smith explained: "I've reached out to Chris and the message that came back is that he's not ready to talk and when he is, he will reach out."

He also said his wife Jada Pinkett Smith did not ask him to do something to defend her after Rock made the joke. "Jada had nothing to do with it," Smith said.

"I want to say sorry to my kids and my family for the heat that I brought on all of us."

Rock had taken aim at Pinkett Smith's shaved head, a result of the hair-loss condition alopecia.

Pinkett Smith spoke last month saying it was her "deepest hope" that her husband and Rock could "reconcile" after the incident.

She had previously posted on her social media after the slap that it was a "season for healing". Watch the video below;

Watch: Why Chris Rock won't talk about the Oscars slap

"I'm OK, I have a whole show, and I'm not talking about that until I get paid. Life is good. I got my hearing back.”, he said, according to the Palm ...
Entertainment
3 months ago

Even at Will Smith's lowest point, Jada is still embarrassing him

Watch: LAPD was 'prepared' to arrest Will Smith after Chris Rock slap

Is Will Smith in a toxic relationship?