• The wardens who were Gazetted will serve in the capacity for three years.

• CS Tourism unveiled the honorees earlier before the gazettment 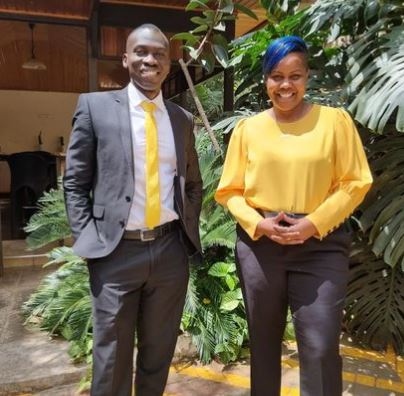 Media personalities Trevor Ombija and Jane Ngoiri, have landed some major roles thanks to an appointment by Tourism CS Najib Balala.

A Gazette notice shows Trevor and Jane join a host of notable Kenyans as the newest batch of honorees. Others are Uhuru Kenyatta's nephew, Jomo Gecaga.

"Honorary Wildlife Wardens are volunteer conservationists drawn from various fields to assist in the conservation of wildlife using their various areas of expertise," Read a notice by KWS.

"The Cabinet Secretary, @Min_TourismKE, Hon. @tunajibu, has made 17 appointments for Honorary Wardens (HW)."

Cabinet Secretary in the Ministry of Tourism and Wildlife, Hon. Najib Balala, was the chief guest during the Kenya Wildlife Service (KWS) second Honorary Wardens Conference held at the Safari Park Hotel in Nairobi, on July 27, 2022.

He congratulated them on their appointment, reiterating that the title came with great responsibility because to be an Honorary Warden is a prestige service to Kenya.

Balala averred that the Kenya Government, through KWS, had opted to be more dynamic in the way it manages conservation areas, saying that such appointments were one of the tried-and-true methods to achieve greater conservation milestones.

KWS said the honorary wardens underwent a rigorous selection process that will aid them in the conservation work.

One also had to demonstrate the nature of assistance they shall give in carrying into effect the provisions of the Act.

Duties of Honorary Wardens: The duties of an Honorary Warden shall be subject to each individual’s skills and competencies and shall include but not be limited to the following:

Celebrated journalist Trevor Ombija will be broadcasting at the forthcoming Dholuo station, Ramogi TV, and fans are elated.
Entertainment
8 months ago

Trevor Ombija in the US for birthday celebrations

Photos that prove Trevor Ombija is truly a ladies' man

Citizen TV news anchor Trevor Ombija is a man who is loved by the ladies. And he is aware that women love him. Yes, he has been trending after
Entertainment
11 months ago
WATCH: For the latest videos on entertainment stories