Is marriage becoming the least priority for this generation?

• Unlike prior generations we now have the ability to end an unhappy marriage.

• Walking away from a toxic relationship isn't easy, but it is always brave and strong. 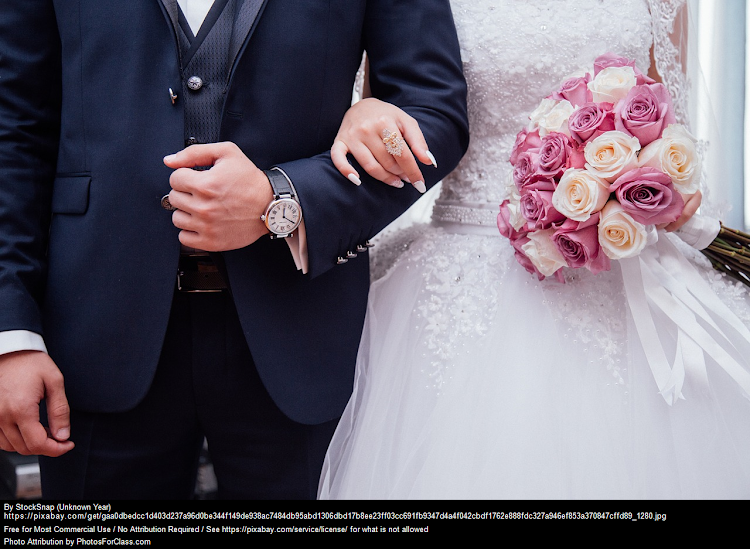 A Wedding A photo of a couple
Image: Photos for class

Have you ever wondered why our parent's and grandparents' relationships are still thriving while you and your significant other couldn't sustain a one-week relationship?

It's not really a good picture seeing parents raise their children on their own. A lot of ladies and gentlemen have earned themselves titles of baby mamas and baby daddies.

If a question was posed to as why young families or couples break up in our current error, answers would vary from drunkenness, rejection, lacking a sense of humour, one-sided relationship, insults, arguments, and so forth.

Well apparently it does not really mean that during the old days there were no such vices but let's just say that the endurance was high.

We do get it, divorce is a solution, not a problem. Unlike prior generations, we now have the ability to end an unhappy marriage and to do so without having to prove that we did something awful like cheating to deserve it.

People are no longer forced to stay in unhappy abusive marriages because their spouses refuse to let them divorce.

This is something that happened all too often because knowing your spouse was cheating or beating you was one thing, proving it to the satisfaction of a divorce court so they would grant a contested divorce was another.

If you could take a look at many of our grandparents' and great-grandparents' marriages from the inside you would see they were only ‘’successful’’ if your only criteria for success is longevity.

They were often very unhappy with one-sided relationships made up of two people who put on a public front while barely speaking to each other in private.

There was a good reason why antidepressants (when they first came out) came to be known as ‘’mother's little helper’.

These days if a marriage is that bad you can simply leave rather than need to be medicated up to the eyeballs just to tolerate it.

Another thing, more and more women are educated even to the university level and are able to financially support themselves.

I'm sure people would rather listen to your side of the story to do with the toxic relationship than read it on your eulogy caused by depression or injuries causing death from your partner.

You shouldn't tolerate a toxic marriage all in the name of money or finer things in life offered to you. You're parents and friends should be the last people to pressurize you because of walking away from an unsafe marriage.

Being the one who was in the relationship, it's only you who knows where the shoe pinches. Walking away from a toxic relationship isn't easy, but it is always brave and strong. It is always okay.

Baha's elder brother Mungai Mbaya and his girlfriend split up

Bahaa's brother Moonguy said he broke up with lover after things failed to work out for them.
Entertainment
1 week ago

Why I am no longer married to Isihaka - Queen Darleen
Entertainment
2 weeks ago
WATCH: For the latest videos on entertainment stories

6 reasons you should get married