I want to elevate him-Wajackoyah's desire for Stivo Simple Boy

• Wajackoyah has expressed the admiration to empower the ‘Freshi Barida’ hitmaker and even educate him about intellectual property rights. 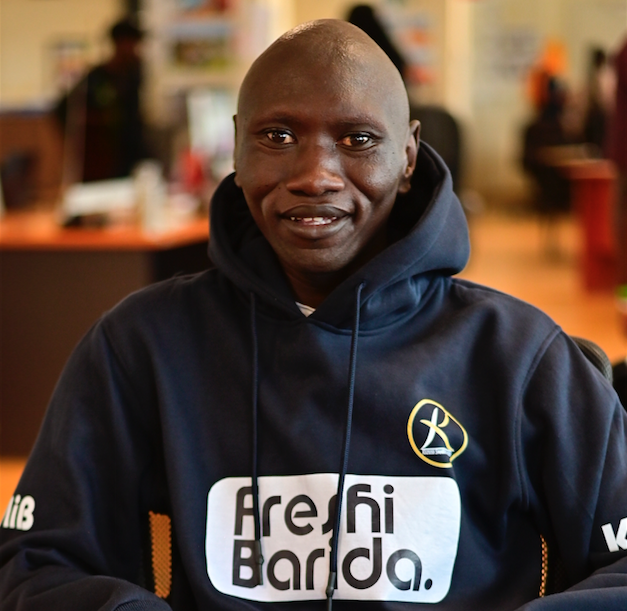 Wajackoyah expressed his desire to empower the ‘Freshi Barida’ hitmaker and even educate him about intellectual property rights.

He told Obinna that he would like him to reach a higher level like Bahati who he also said is one of his favourite artistes.

"I would like to meet Stivo Simple Boy, oh I love that boy. I want to elevate him. The same way I have done with Bahati. Bahati is like my son. He comes to see me here. He is my client," he said.

Wajackoyah said he would help him not to be taken advantage of in his music career.

"I will give him free legal advice the way I do for Bahati. So people should not take advantage of him," he said.

In the past, Stivo Simple Boy's former management had been accused of shortchanging the musician and paying him small amounts despite the musician making good money from the shows that he gets.

The report also indicated that Stivo Simple Boy did not live in a good house despite his position in society as a big star.

"I have been told he still lives in a muddy house in Kibera and sometimes he struggles to pay his rent," the viral message said.

Stivo has since changed his management and is now under the care of MIB (Men In Business) management team.

"Life has at least changed a bit for the better and we are working hard to make things even better. Slow by slow my life will transform compared to the past," Stivo said in an interview a few months ago with Mpasho.co.ke

"The issue was money. They used to pay me but not as much as I expected."

Pritty Vishy- "One day we found my sister eating a rat and she was laughing alone."
Entertainment
2 weeks ago

Freshi Barida CEO said couples who love each other should 'Twa Twa' freely to enjoy the act.
Entertainment
3 weeks ago
WATCH: For the latest videos on entertainment stories

I am a Hare Krishna priest-Wajackoyah claims