Mwalimu King'angi: No man should inform his wife of his whereabouts

• Mike Mondo says informing your partner of your whereabouts is a sign of respect.

• Mwalimu King'ang'i says a man should be left to enjoy his freedom. 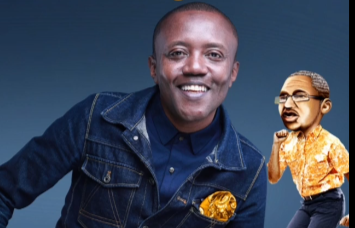 Mwalimu Kinga'ng'i has told off men who constantly tell their women of their whereabouts. According to Mike Mondo doing so means being accountable.

Speaking during the Morning Conversation on Classic 105 he said,

He warned Mike Mondo saying that he is only telling his bae of his whereabouts because their relationship is new.

"You are in the category where the love is hot,, After 10 years she won't even care to know where you are. If you want to go do so, if you come back you already know where the keys are," he advised.

"As long as you know you are not doing anything bad just tell your partner. So that in case something happens one can know where to look for you. The world is no longer a small village, people nowadays have ill motives."

*Rober says most men do not tell their women of their whereabouts so that they do not go sleeping around.

"There is a guy I know who works in Nanyuki and the wife is in Meru. Someone had been eyeing his wife and the guy got wind of it and caught his wife red-handed in bed. The man who was sleeping with the guy's wife turned against him and badly hurt him. The case is in court currently."

"As a man when you say where you are some women take the opportunity to go sleeping around."

*Mohamed says when you tell a woman of your whereabouts makes you equal and that should not be the case.

"It's not that we cannot tell them but when you start telling them it becomes a habit. When you don't tell them they start being suspicious. I am the head of the house. I do not want to be asked I would rather volunteer the information."

Men, do you tell your partners of your whereabouts?

'I am a repeater,' Mwalimu King'ang'i on failing KCPE

Mwalimu King'ang'i did not perform well in KCPE.
Entertainment
4 months ago

"This man is a full MD, and if I tell you where he works you will know. He has a side chick in her late twenties, 27. That woman stresses that man."- ...
Entertainment
7 months ago
WATCH: For the latest videos on entertainment stories

'Tutakatiwa/kukatiana saa ngapi?' Kenyans on why they can't work with their spouses