The rapper was speaking to YouTuber Mungai Eve

• Diana Marua said she had a different experience carrying her two children.

• Diana says this is different as she has not experienced extreme body changes. 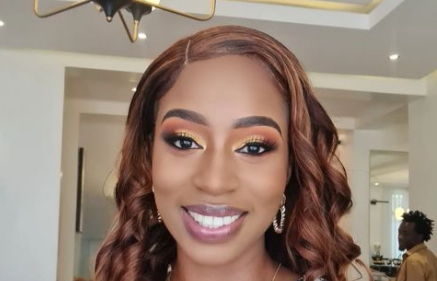 The Bahati's are expecting their third child. Speaking in a recent interview with Mungai Eve, Diana said the pregnancy was unplanned.

Diana talked about how she went into an emotional and mental breakdown when she found out she was pregnant early this year.

She is in her third trimester and she seemed to be enjoying the journey. The mother of two; Heaven and Majesty said she had a different experience carrying her two children.

Unlike the first two pregnancies, Diana says this one is different as she has not experienced extreme body changes.

Speaking about the gender of her child, Diana said she wants a baby girl as boys require too much energy to raise.

"Handling my son, Majesty is like handling three children. My daughter Heaven is so calm," she said.

"When I think of having another boy with that energy, I am overwhelmed. I want another girl. I talked to God about the pregnancy and told Him I will carry this baby by the grace."

She also said that she is worried about what name to give to her third child.

"We can just wait and see. Heaven was like a revelation to me by God. I was standing on the balcony and God spoke to me. That is how I named my baby Heaven," she said.

Her second child is called Majesty and Diana can't wait to know what name she will give her unborn child.

Diana also spoke highly about her husband Bahati who is vying for a political seat in Mathare constituency for being a go-getter.

"Bahati has brought so much hope in my life because he is a fighter and a go-getter. He will never give up and he pushes. There is no victory without opposition."

Diana Marua-Bahati should get a vasectomy

Bahati-Why I married an older woman

Bahati said he matured early due to lack of parental love.
Entertainment
2 weeks ago
WATCH: For the latest videos on entertainment stories