Ben Pol only described his dad as a strong man

• Tanzanian singer has announced the passing on of his dad.

• Ben Pol shared a photo of him with his dad expressing that he was heartbroken by the loss. 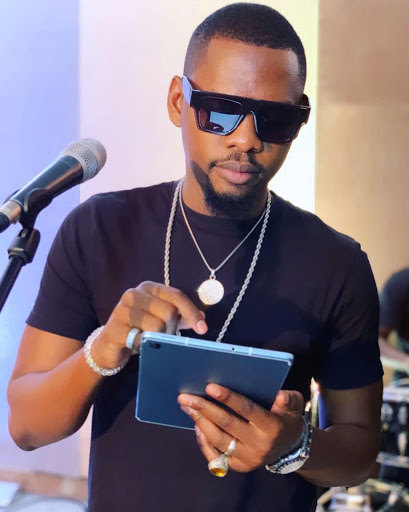 Tanzanian singer Ben Pol is mourning the passing on of his dad. Ben Pol shared a photo of him with his dad expressing that he was heartbroken by the loss.

He only described his dad as a strong man while paying tribute. He wrote;

It is not yet clear what was the cause of the death of Ben Pol's dad as he did not reveal too many details. His fans have encouraged him with some kind messages after the post.

This sad news come a few weeks after Ben Pol professed his undying love for Kenyan women despite having had a short-lasting marriage with one.

Ben Pol said the reason he loves Kenyan women is that they are hardworking.

Ben Pol who was on a Kenyan tour also professed his love for the country adding that he has adopted a Kenyan name.

Ben Pol was living in Kenya most of the time when he was married to Keroche heiress Anerlisa Muigai.

The two started dating in 2018 and held their wedding in 2020 only to part ways months later. Ben Pol said Anerlisa was one of his greatest cheerleaders.

He featured Anerlisa in two of his music videos as a vixen. Ben however could not point out the exact reason for their fallout.

Freshi Barida CEO said couples who love each other should 'Twa Twa' freely to enjoy the act.
Entertainment
3 weeks ago

Ben Pol sought therapy after his failed marriage with Anerlisa
Exclusives
1 month ago
WATCH: For the latest videos on entertainment stories