Baha's elder brother Mungai Mbaya and his girlfriend split up

The two have recently not been posting each other online

• Baha's elder brother Moonguy da Guy said he chose to address the breakup after several inquiries from their concerned fans.

• Baaa's brother has broken up with his model girlfriend Mo Aisha. 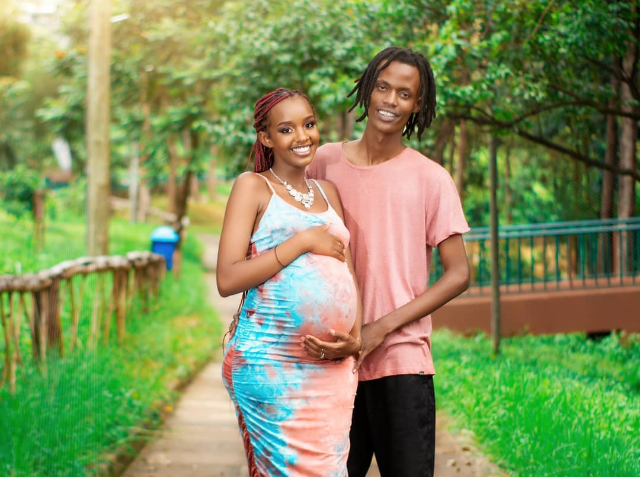 Announcing to his fans on Instagram, the rapper and songwriter popularly known as Moonguy da Guy said he chose to address the issue after several inquiries from their concerned fans.

Speaking about the breakup which seems recent, Moonguy said they parted ways after things failed to work out for them.

Moonguy added that he has nothing against his now ex-lover Mo Aisha. He also added that the two of them will forever be parents to their deceased son Lyric.

"So Check It, Shorty And I Broke It Off Recently. Some Of Yell May Have Realised," he wrote.

"Some Of you On Some Stevie Wonder Shit. I Chose To Address It Coz I'm Getting Tired Of All The Questions In The DMS. We Straight Tho, Got Nun But Love For Her, Pretty Sure She Feels The Same Way. Ish Just Played Out Differently Than Wed Hoped. Always Be Baba N Mama Lyric."

The two lost a son in June last year just a month after his birth.

''I'm literally shaking typing this because I'm still in shock. I can't believe my baby is gone and I'm never going to see him. He fought so hard to stay with us but he was in too much pain, he decided it was time for him to rest. I've decided to show his face today because so many people loved him without even knowing him or what he looked like.

He is the most handsome and beautiful baby I've ever seen. He was such a happy and peaceful baby and I'm so glad I got to meet and know him for that one month. He turned a month old today but he couldn't go any further. I had so many plans for him and it really hurts that I'll never get to see them through with him. I can't believe my son is gone😭😭😭Yaani I'm still in shock and denial.''

Moonguy thanked their fans who have walked with them during that times. He said he had announced the breakup to clear the air for their fans.

"And I Personally Appreciate All The Support Y'all Gave Us Through Our Most Trying Time. Love tall So Much For That!. All !Ask Is That Tall Keep It Mindful And Respectful. Only Sharing This To Clear Things Up. Keep The Support, Coming Though. We Both Could Use it. Love Fame."

Aisha Mohammed, the girlfriend of actor Mungai Mbaya has had a tough year after the two lost a son in June this yearMungai and his girlfriend Aisha
Entertainment
7 months ago

Tyler Mbaya and his girlfriend Georgina welcome their first child

"I Miss You so much my boy got too Much Love for You. It's driving man crazy. " -Mungai Mbaya
Entertainment
10 months ago
WATCH: For the latest videos on entertainment stories