• The entertainment industry has seen a complete revolution both locally and internationally whereby long gone are the days female entertainers wouldn't perform while heavily pregnant.

• Nadia Mukami, Avril, and Beyonce are among the stars who have performed while heavily pregnant. 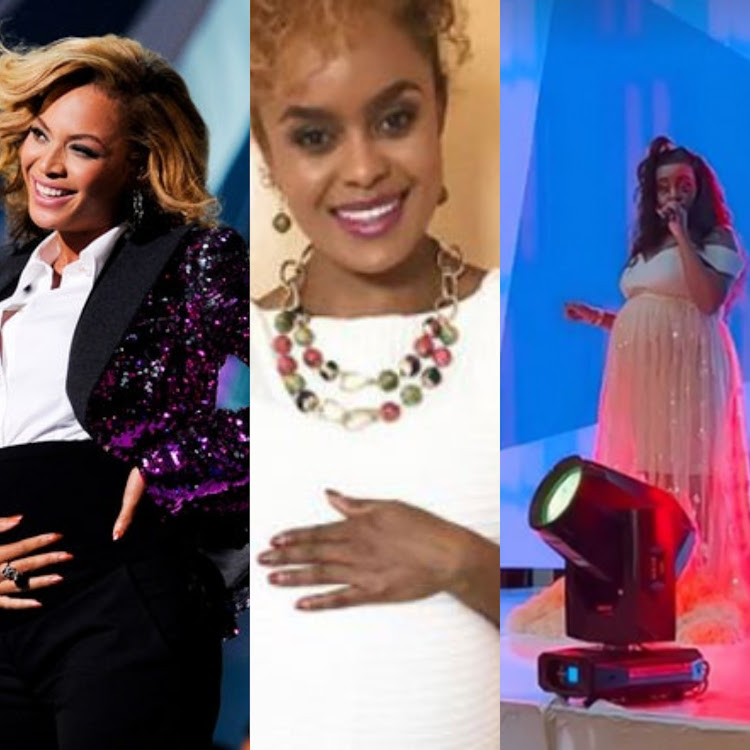 The entertainment industry has seen a complete revolution both locally and internationally whereby long gone are the days female entertainers wouldn't perform while heavily pregnant.

While it is totally safe and healthy to continue singing and performing during pregnancy, artists are highly advised to at least make a couple of adjustments to their performance schedules.

There are a number of trailblazers who have showcased that pregnancy shouldn't stop you or limit you from giving your absolute best to your fans as well as prevent you from securing the bag while at it.

Below are a couple of entertainers who've performed on stage while heavily pregnant.

Back in early 2018 there were rumors that sultry singer, Avril was heavily pregnant and was doing her best to keep it under wraps.

However, she was spotted flaunting her baby bump during a performance on stage where she was singing alongside Timmy Tdat in Shanzu.

Tanzania's Nandy had been showing off her baby bump during performances even before her and her now hubby, BillNas announced that they were expecting a child.

Cardi B got the world talking during her 2021 BET performance when she joined Migos on stage revealing a baby bump.

She loves announcing her pregnancies on national television with the first time being back in 2018 where she unveiled her baby bump while performing ''Be Careful'' on Saturday Night Live.

Nadia Mukami had grown tired of keeping her pregnancy underwraps and was rocking her baby bump like a queen during live performances.

One notable event was during her boo's Arrow Bwoy's album launch that saw her cute performance rewarded with an engagement ring.

Beyonce really pioneered the art of announcing her pregnancy on national televison. She did this in 2017 when she rocked her baby bump during the 2017 Grammys awards.

Nadia said that most female artistes go through such trolls after giving birth.
Entertainment
1 month ago

Nandy explains why she was upset on her wedding day

Avril opens up about getting other children

Avril says she would lover her 3-year-old son to have siblings
Entertainment
2 months ago
WATCH: For the latest videos on entertainment stories

Insanely expensive gifts celebrity have given their partners (List)

Extreme stunts musicians have done to promote their music video