Many celebrities have admitted to having an alternative personality 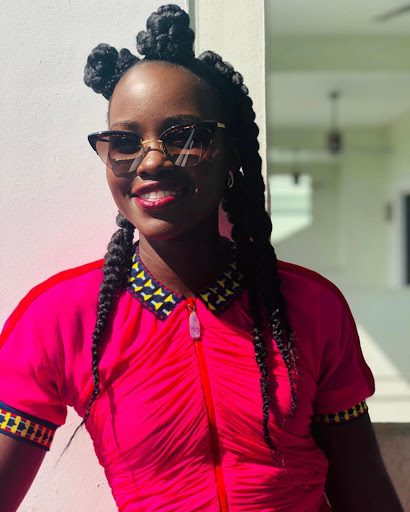 Having an alter ego helps you step out of your comfort zone.

Your alter ego can be a way for you to step out of your comfort zone. It can come to the rescue when you’re facing a new challenge which fills you with doubt or fear.

Coming from a  Latin origin,  the term is believed to have been coined by the author Cicero, who described it as “a second self, a trusted friend.”

Here are some of the benefits of having an alter ego:

Here are examples of celebrities who've admitted to having an alter ego.

Back in 2019, Lupita Nyongo revealed her musical talent when rapping.

Lupita was rapping, celebrating hitting a milestone on Instagram

After that, she appeared on the Jimmy Fallon show, where Lupita said she can freestyle.

The actress revealed her rap alter ego named “Troublemaker” - a name given to her by singer and actor Common.

Lupita said of the title. "The thing about Troublemaker, first of all, [is] I was baptized Troublemaker by Common so I feel like it's legit. It's something I do in a car, so I need a car. But, OK, if I had a mic…"

Beyonce said she created 'Sasha Fierce' to keep her sexy, aggressive, provocative stage persona separate from who she really is, claiming "I'm not like her in real life at all".

Part of the success Beyoncé has achieved as a live performer is due to the confidence she receives from her alter ego, Sasha Fierce.

One of Beyoncé’s most popular albums is titled I Am Sasha Fierce, which was released in 2008.

In 2008, Beyonce told Oprah Winfrey that her stage person emerges, “Usually when I hear the chords, when I put on my stilettos. Like the moment right before when you’re nervous…then Sasha Fierce appears, and my posture and the way I speak and everything is different.”

The name originated at the start of his music career, continuing in Hollywood, where he starred as a fictionalized version of himself on The Fresh Prince of Bel-Air, the TV comedy that ran for six seasons on NBC.

When the show ended in 1996, Smith dumped the Fresh Prince moniker.

The legendary singer excited fans after revealing his alter ego is Slim Shady.

He created his alter ego while sitting in the toilet.

The bathroom moment was a result of his struggle using drugs and attempted suicide. The Slim Shady alter ego was a violent emcee with no filter and a don't care attitude.

Eminem admitted that Slim Shady came from a dark place, that ultimately inspired him to take his rap career to the next level.

“Boom, the name hit me, and right away I thought of all these words to rhyme with it,” he said proudly. “So I wiped my a**, got up off the pot, and went and called everybody I knew.”

The singer has admitted that her alter ego is a male named Jo Calderone.

The name was created in 2010. Fans however always speculate that the singer's alter ego is a dig at the rumours that she is a hermaphrodite

Tupac Shakur's alter-ego Makaveli was named after Niccolo Machiavelli, author of "The Prince." Machiavelli faked his own death, which is why many still believe Tupac is alive.

According to Justin, Shawty is a rap alter ego and introduced the world to Shawty via his twitter page.

The actress told that she created alter egos over identity crisis creating the Hannah Montana moniker.

During an interview with Kevin Hart on his Peacock talk show, Hart to Heart, Cyrus got candid about the psychological effects of working in the show since age 12.

Rayvanny explains why he has left Wasafi record label
Entertainment
2 months ago
WATCH: For the latest videos on entertainment stories