'Why it took time for us to accept Billnass,' Nandy's mum speaks

Nandy and Billnass will get married later this month

• A few years ago, rumor had it that Nandy convinced her parents to accept her man 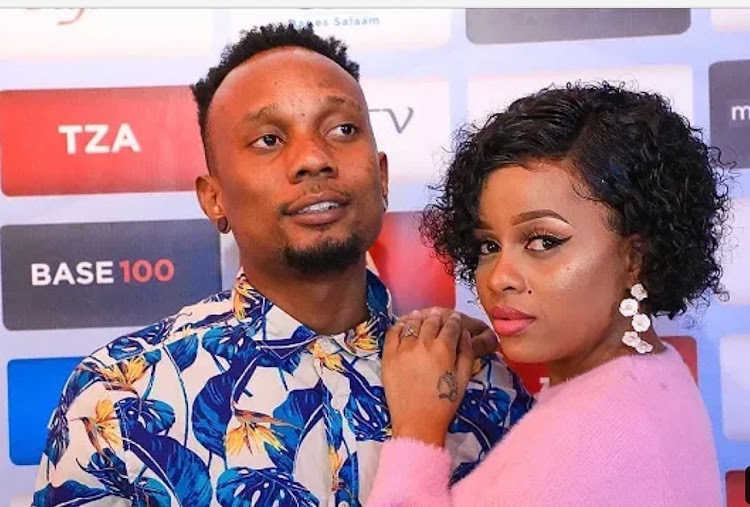 Billnass with Nandy in a file photo
Image: Instagram

Bongo superstar Nandy is expecting her first child with her lover Billnass.

The two are also having a wedding later this month.

Billnass proposed to Nandy during a gathering that had brought together their two families for an official introduction ceremony in February this year.

Videos captured from the colorful event captures Billnass going down on his knee, as an overjoyed Nandy receives the engagement ring with lots of excitement.

Nandy's mum spoke at an event last night where she expressed her love for her daughter.

She said Nandy came home and told her about the pregnancy when she was two months pregnant.

"I love her so much and now she is big enough and ready to be married. I hope she loves her family and takes care of her man like I did to them," she said adding that she has been married for 27 years.

Asked what her view was about her daughter getting pregnant before her wedding, she said both are blessings.

"Marriage and pregnancy are both blessings. When I saw her pregnant, I was so happy that she could start her family. She came home and said she was pregnant and assured me she was okay. During the traditional wedding she was like three months pregnant."

A few years ago, rumor had it that Nandy convinced her parents to accept her man, but Mama Nandy said;

"I come from a family that follows some traditions, and we love God. There were norms and traditions he had to follow. When he passed the process, then we were okay with him to marry our daughter. I have talked to her so much and we are happy for her."

Nandy said both families are happy about their decisions.

"I would like to tell my fans to enjoy this moment as it last. My marriage will not be a hindrance for my career. Many successful artists have children it's just balancing life and career. People are surprised that I can still perform even with the pregnancy. I still have so much to do before I break for maternity leave and I am excited."

Nandy reveals she goes through her lover's phone anytime

Nandy and Billnass to get married in June 2022

Billnass first proposed in April 2020.
Entertainment
11 months ago
WATCH: For the latest videos on entertainment stories