•Moya David has become an internet sensation thanks to his street dances, where he ambushes random people on the streets and shows them his choreography skills. 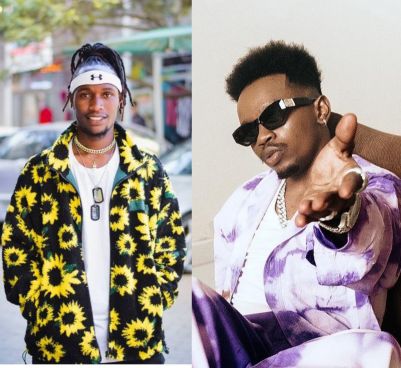 Marioo is the man behind the now viral song which he featured Kenya's songbird Jovial.

Moya David has become an internet sensation thanks to his street dances, where he ambushes random people on the streets and shows them his choreography skills. 'Mi amor' happens to be his favorite jam.

Recently, a Tanzanian online presenter asked him to give his opinion on the dancer capitalizing on the song which has seen him establish a beauty parlor.

"He has been using the song as a promo and for me there is no way I can charge him just because he has succeeded through using my song, it wouldn't make any sense," said Marioo.

He added, For him he used the song because it is his job he is a dancer who did his thing and things turned out well for him and he is earning a livelihood, I have no issue with that.

Let him enjoying a good song and continue earning through it so let him keep dancing to it!"

About a week ago, Simon Kabu flew Moya David to Seychelles so he could surprise his wife on their anniversary.

The couple also traveled with their two children. Simon had hired the viral street dancer David Moya to perform for her on the flight.

Moya posted a video of him Moya dancing to his favourite song Mi Amor as he gifted Sarah flowers, chocolates, and a cake written 'Happy Anniversary'.

An emotional Sarah could not hide her joy as she was captured shedding tears of happiness.

"I don't have a child. I am very young,' Moya David said, "If I had a child I would never denounce them. Why would I do that?"
Entertainment
1 month ago

Marioo was hurt when lover, Mimi Mars swam with Diamond