• Nameless has asked for suggestions to get an African name for the 7-year-old daughter Nyakio.

• Nameless and Wahu are expecting their third-born child. 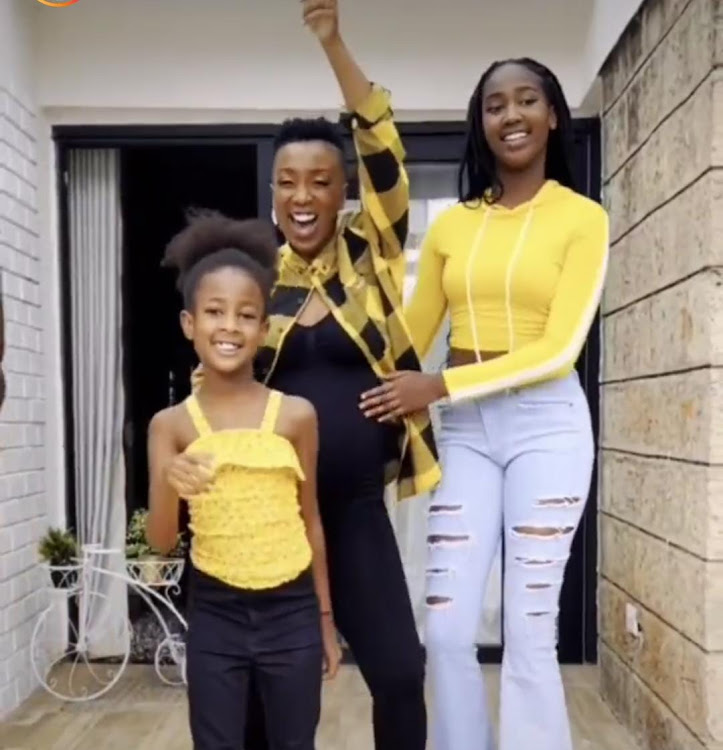 David Mathenge alias Nameless has asked his fans to suggest a name that can suit his second-born daughter-Nyakio.

The father of two explained to his fans that they played a big role in naming his firstborn daughter-Tumiso.

Nameless added that his second-born daughter Nyakio is not impressed with having only a traditional name.

The singer asked for suggestions to get an African name for his 7-year-old before their unborn baby is born.

Nameless and Wahu are expecting their third-born child. The couple surprised fans with an all-grown baby bump in a family video where they were dancing to their new song dubbed Deep.

He wrote; "Naona it's about time tuongezeee.. ama. Grateful moment."

Speaking to Word Is, Nameless said he is excited and purposed to be the best dad to his child.

Nameless will be a dad for the third time after seven years. He said it is going to be a good experience.

"Well, I know it is a good thing that we are going back to diapers and all that stuff, but we are ready and waiting," he said.

Nameless said his two daughters are even more excited.

"My daughters are actually so excited about this journey. My youngest, Kio, kisses her mum's tummy like a thousand times a day," he said.

"Hawajui watalea huyu mtoi. Being the last born in my family, I was partly brought up by my elder siblings, and it's a good thing."

Nameless described her as a blessing and a partner in crime.
Entertainment
4 months ago
WATCH: For the latest videos on entertainment stories