• Comedian MCA Tricky has made a bold statement claiming he is planning on impregnating Akothee's daughter, Rue Baby.

• He says Rue Baby is a big girl now who has finished school and because of that, Akothee wouldn't have an issue with him impregnating her daughter. 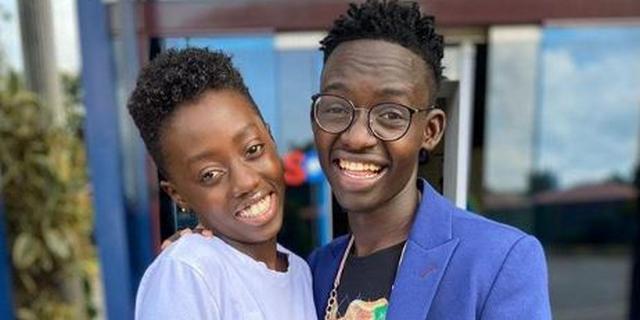 Comedian MCA Tricky has made a bold statement claiming he is planning to impregnate Akothee's daughter, Rue Baby.

Speaking on SpmBuzz, the funny man who is also a radio presenter said he is tired of being asked whether the two are seeing each other, and would get a child with her to calm them down.

He says Rue Baby is a big girl now who has finished school and because of that, Akothee wouldn't have an issue with him impregnating her daughter.

"Mimi I have no problem if you can manage more than two, have them enjoy life!" He said.

Tricky also delved into how he made a name for himself saying that were it not for Churchill, he doesn't know which direction his life would have taken.

"The biggest breakthrough that changed my life was when Churchill verified that I could perform my very first show," he said.

Adding "That decision in as much as it might look small it is not small because on that day, could he have decided against me performing probably I would have never gone back there."

He says his second breakthrough was the audience loving his jokes because he could have been given the platform only for the audience to not love him.

MCA Tricky comes clean on rumour that he was a chokora

Churchill comedian MCA Tricky has refuted claims that he has ever been a chokora (street kid) before. Speaking during an interview
Entertainment
1 year ago

Rue Baby cunningly confirms she is a sugar mummy