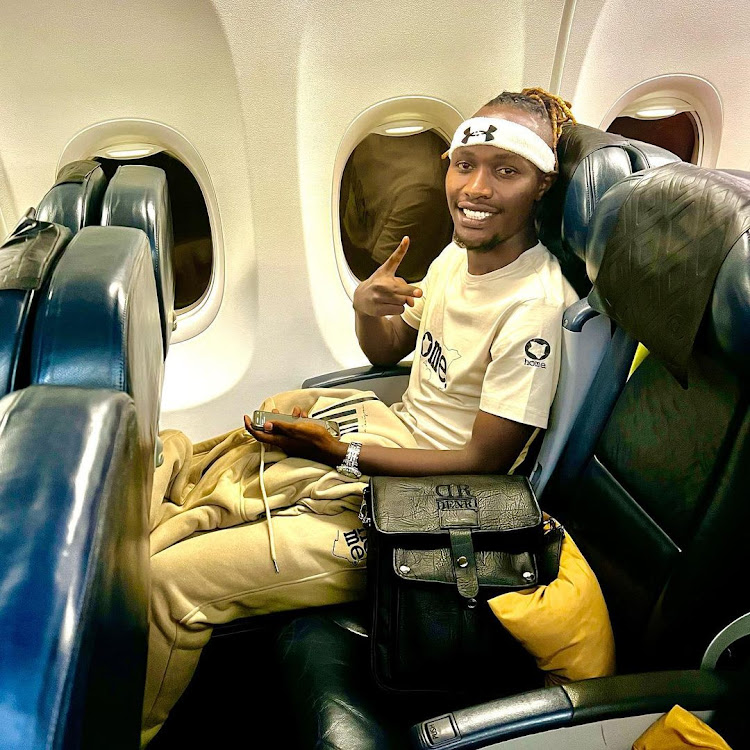 Moya David, a viral dancer and Tik Tok sensation, has finally reacted to accusations that he abandoned a child he sired before he became well-known.

Moya David, who is renowned for his rhythmic dance moves, revealed in a recent interview that he has no idea who the woman who accused him of having a child with her is.

He went on to say that the fact that his accuser's child was actually his sister's child made him extremely angry about the accusations.

"Actually, I was really mad because the kid that the lady was posting belongs to my sister. My sister was also vexed. I have never taken a photo with the woman who was peddling all these lies.

She was just chasing clout. The child is my niece.

The woman went and took a photo that I had taken with her and used Photoshop to fix herself in it with a pose that made it seem like I was holding her. There is nothing like that. I don't have a child. I am very young," Moya David explained.

He further stated that if the reports were true, he would come forward and admit that he had no justification for rejecting his own child.

"If I had a child I would never denounce them. Why would I do that?

You know I lead as an example because my content is all about changing the society and the community so there are some things that you would not expect me to do," he stated.

A while back, Moya David addressed allegations that he had threatened Trevor Silaz, a dancer, for copying his moves and mode of dressing.

Prior to being famous, he regularly overheard renowned people criticizing the lies that were spread about them, but at the time, he believed that they were misleading their audience and had no idea that such things could happen until it they happened to him.

He admitted that occasionally he gets distracted and misses what people are saying about him but insisted that he has never threatened anyone.

"Sometimes I do not see these things because I am too busy and barely get time to keep up with what is happening on social media. By the time I get wind of what is happening, I am just left wondering," Moya David remarked.

He continued, "I have never threatened anyone. Truthfully speaking, I don't even have the time to do that. How do you even deal with such people? You see, it's hard. Most of the time I don't give attention to such things."

Trevor has been doing similar dance content to Moya David and has amassed 530k followers on Tiktok
Entertainment
4 months ago
WATCH: For the latest videos on entertainment stories