Why former Machachari actor Baha, wanted a family at a young age

Baha said he missed the love and warmth from his parent

• Machachari actor Baha hoped to be a father at the age of 25 years but this changed after his mum left him at a young age.

• Baha lost his mother Beth Nyambura in 2013 after a long battle with cancer. 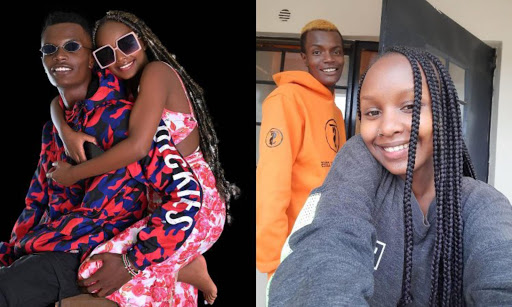 Former Machachari actor Tyler Mbaya, aka Baha says the death of his mum made him change when he would start a family.

The father of one in a recent interview said he had hoped to be a father at the age of 25 years but this changed after her mum left him at a young age.

Baha lost his mother Beth Nyambura in 2013 after a long battle with cancer. At the time, Baha was in Form One at Nairobi School.

"Missing my parents' love and warmth made it apparent to me that I needed to have a family of my own," he said.

"Deep down I had a strong feeling that family brings positive energy in life and I knew I would draw strength and inspiration to push limits from my family."

The father of one added that losing his mum at an early age, made him mature very fast.

"Additionally, I felt I had matured to have a baby so when my girlfriend broke the news to me last year, I wasn't really shocked," he said.

He recently welcomed a baby girl and hopes to be her best friend and a role model.

"Being a father at 21 meant reconsidering some of the things that I wanted to do in my youth. I want to be my daughter's role model," he said.

"So, I actively choose to be in her life. As a father, I want my daughter to wholesomely feel my presence in her life. I want her to grow up knowing I am her friend and her first love."

Baha's mum Beth was an actress popularly known as Wanade for her role on Citizen's TV show Mother-in-law.

I have lost 11 kgs since giving birth-Baha's gf admits

Machachari actor Tyler Mbaya and his girlfriend Georgina welcomed their first child on May 7th. The baby girl was welcomed on Baha's birthday.
Lifestyle
1 month ago
WATCH: For the latest videos on entertainment stories