Eric Omba is a music producer and his account is suspended

• It is uncertain how long the account has been lying shut.

• Eric in May branded Gloria Muliro a foolish woman. 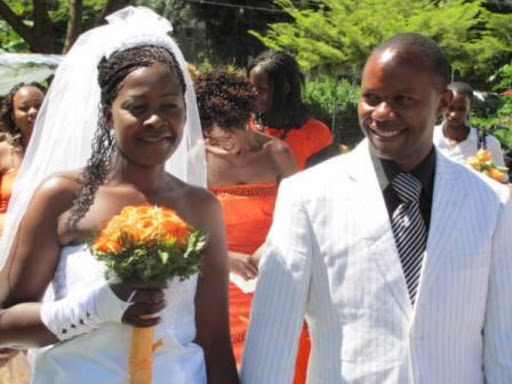 A month after branding his ex-wife Gloria Muliro "foolish" for letting her marriage break, Pastor Omba has suffered a major setback.

A notice reads, "This video is no longer available because the YouTube account associated with this video has been terminated."

Back in May 2022, Omba in an interview with NTV's Lofty Matambo, Omba told,

"Reconciling with Gloria Muliro was very possible but there were some issues that I think made it impossible. Some of these issues were spiritual.

Sometimes these issues are inherited. You may find that the father may have divorced the wife and the curse follows some of the children," Omba said during the program that centred on parenting issues.

"You find that in some cases, the example parents set for children end up affecting their lives and some even block their blessings.

So there is a possibility that in our situation with Gloria Muliro, I was willing to apologise and seek out a reconciliation but her family altars and generational curses could not allow her to stay in one marriage, you will have to go to another one," he added.

Gloria has not responded to his accusations.

She has moved on to a new man, married him and is happy in love.

She captioned a cute photo with her American boo

"Happy Father’s Day to the most incredible Father under the sun. You are an amazing dad hun. It is evident every day what a blessing it is, to journey through parenting with you. The love you have and express to our kids is priceless… a true reflection of God The Father’s heart. HAPPY FATHERS DAY!"

Gloria Muliro married Pastor Eric Omba Miko back in 2009. Details of the troubled marriage emerged when she claimed  he was a control freak who was cheating on her and misusing her money.

The Sitolia singer revealed that Omba had cheated on her, embezzled her cash, and threatened to kill her.

Gloria faulted her ex for allegedly being emotionally abusive in the five years they were married.

Eric got engaged and married to a woman named Bella Dee.

Pastor Omba lays the blame of his failed marriage on Gloria Muliro's doorstep. "Even the Bible says that a foolish woman breaks her own marriage with ...
Entertainment
1 month ago

Osinachi is said to have died as a result of domestic abuse
Crime
2 months ago
WATCH: For the latest videos on entertainment stories