Thank you dad for coming-Jeremy tells Allan Kiuna on graduation

• Jeremy Kiuna has gotten his graduate degree and is still looking to graduate two more times.

• Jeremy Kiuna has come a long way before getting to this point in his life. 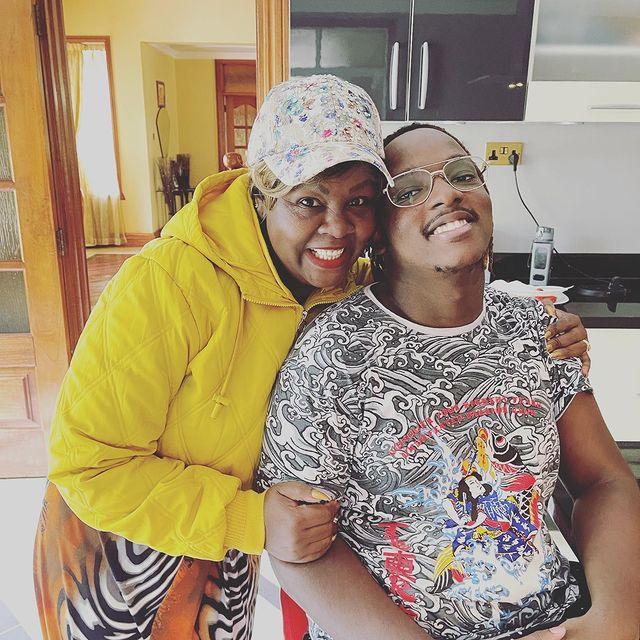 Kathy Kiuna with her son Jeremy in the past
Image: courtesy

Jeremiah Kiuna has decided to use this Father's Day weekend to celebrate his father, Bishop Allan Kiuna.

In a beautiful message Kiunas lastborn wrote on his social media, Jeremiah thanked his dad for being present as he graduated again.

His caption is below;

The JCC overseer replied quickly to his son's exhortation writing,

"Am so immensely proud of you son😭😭😭😭. Just thinking about your journey brings a tear to my eye. Keep soldiering on my son. You have a great future!! Love you so much!!"

Jeremy's journey to this graduation ceremony hasn't been an easy one. The 22-year-old admitted a few years ago that he had tried to commit suicide twice while studying abroad.

His parents took him to the US after primary school. At the time, he thought they were just going to travel, only to find out his parents were leaving him behind to study.

"The first school I went to was largely dominated by white students, and I stayed for weeks before I made friends," he said.

With time, Jeremy realised his stay at his new school was not as rosy as he had imagined.

"I would go sit somewhere and take my meals alone before going back to class," he said.

Not long after joining his new school, Jeremy was transferred. "I was taken to new Manchester High School, which is largely dominated by black students, and for the first time, I felt at home," he said.

The pressure to keep up with fellow students, especially given that he has a walking disability, was tough.

"I tried to commit suicide twice. One day I called my dad and decided to talk to him about what I was going through," he said.

"After talking to him, I then talked to my mum and when I told her I had tried to commit suicide, she screamed."

Thankfully, Jeremy failed on both occasions and is still with us today.