Reason Huddah doesn't wear underwear even during her periods

Huddah has revealed that she goes commando even on her periods 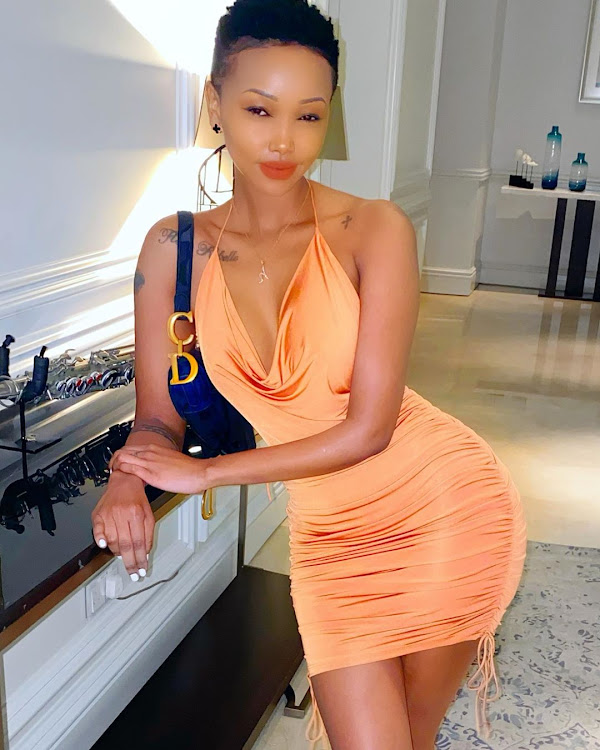 Huddah Monroe who is no stranger to controversy has revealed that she doesn't wear any underwear, claiming inner-wear are for women with smelly privates.

“I don’t wear underwear. I own none. My friends, my boyfriend everyone wonders why. But it’s this private part. It’s too fresh to stay wrapped up. Underwear is for people with smelly privates. I think you need it to trap that odour,” Huddah wrote. 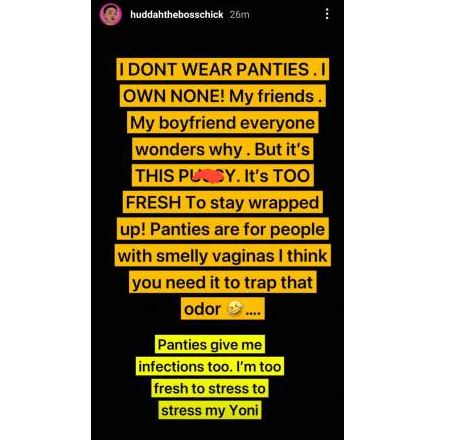 That wasn't all. She added that the habit extends to days when she is on her period. She made this stunning revelation on her social media explaining that underwear give her infections.

Before adding, “Inner-wear gives me infections too. I’m too fresh to stress to my privates.”

And how is she able to have her periods without having inner wear? She said,

“I use menstrual cups which I will introduce soon. It doesn’t have any leakages,” Huddah explained.

Do Huddah's assertions about going commando have any medical merit? According to medical website, healthline.com/ it might have some demonstrable benefits.

Wearing tight underwear which aren’t made of a breathable material, such as cotton, can retain moisture in your genital area and make it easier for yeast bacteria to grow.

-It can help reduce vaginal odor and discomfort. When moisture from sweat and heat are trapped in the genital area by underwear, it can start smelling more strongly down there.

Skipping underwear can: Allow your sweat to evaporate, keep the odors to a minimum, reduce chafing made worse by moisture.

-It protects your private opening from injury. Tight underwear made of artificial fabrics can chafe and irritate the genital skin around them.

This can damage skin and expose you to injury, bleeding, or even infections.

Khaligraph's baby mama, Cashy said that their son does not even have warm clothes
Entertainment
2 weeks ago
WATCH: For the latest videos on entertainment stories