• Prof Jay's wife Mrs. Grace Mgonjo revealed that president Samia had reached out to them and offered to clear Jay's medical bills.

• Professor Jay was released from hospital less than a week ago after spending 127 days at the Muhimbili National Hospital in Dar es Salaam, Tanzania. 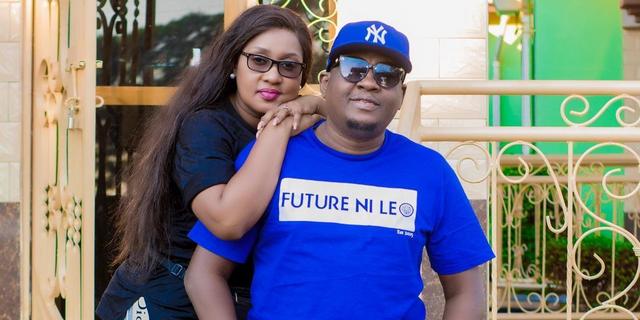 In a statement on social media, Jay's wife Mrs. Grace Mgonjo revealed that president Samia had reached out to them and offered to clear Jay's medical bills.

"We would like to specifically thank the President of Tanzania Hon. Samia Suluhu Hassan @samia_suluhu_hassan for announcing that her government would cover all the medical expenses of Joseph Haule (professor Jay) we are very grateful and we as a family have nothing to pay her but we pray to God to bless our President and his Government." read the statement.

Grace thanked everyone who stood by Prof Jay's side during the tough period which saw him hospitalized for over 12o days including retired president Dr. Jakaya Mrisho Kikwete.

"Not forgetting all the Tanzanians in and out of Tanzania who were praying for him and wishing him all the best so he can be OK. In conclusion, we thank all the Brothers, relatives, friends, and fans of Professor Jay for praying tirelessly every day. God bless you so much we have nothing to repay you with," concluded the statement.

Professor Jay was released from hospital less than a week ago after spending 127 days at the Muhimbili National Hospital in Dar es Salaam, Tanzania.

The rapper-turned politician was undergoing dialysis as his liver had been damaged. He was also suffering from blood pressure.

Announcing the great news, Tanzanian media personality, Millard Ayo said the rapper's health had greatly deteriorated and after being hospitalized for 127 days, could hardly speak.

"Now that he has been discharged from the hospital his family has confirmed that Prof Jizze is now speaking," said Ayo.

Adding, "Right now he is talking but his body is not strong yet because of the number of days he had been hospitalized."

Speaking on behalf of the family, Black Rhino who is Professor Jay's younger brother narrated how happy the rapper was when he presented him with an award.

"He was so happy to be given the Award, the award gave him so much comfort. When I took it to his hospital bed he received it and hugged it and even I saw that he was overjoyed. It probably made him even stronger," said Black Rhino.

The Tanzanain government has promised to take care of Jay's hospital bills.
Entertainment
4 months ago

A source told Mpasho that his health is deteriorating fast but he is fighting for his life.
Entertainment
4 months ago