Thee Pluto-I haven't seen my daughter in a year

• Thee Pluto has once again shed light on what he's been going through in the hands of his baby mama's family.

• Pluto said that he has nothing to do with the baby mama and his main focus is solely on his baby. 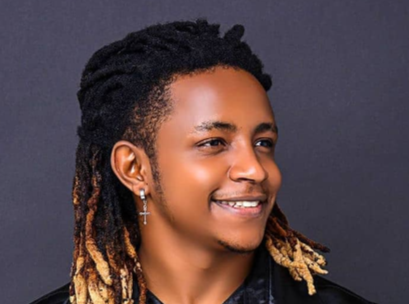 YouTuber, model and businessman, Robert Ndegwa Kamau popularly known as Thee Pluto has once again shed light on what he's been going through in the hands of his baby mama and her family.

Thee Pluto held an interactive Question and Answer with his fans who as expected wanted to know where he was on his daughter and baby mama front.

One curious fan asked, "Why don't you market your baby mama pia yeye apate jina ianze kumlea hii kanairo (So that she can build her brand and have something to survive on in Nairobi)?"

In his response, Pluto said that he has nothing to do with the baby mama and his main focus is solely his baby.

He wrote, "I have no (business) with my baby mama. Their family did me dirt. My (business) would only be the child." 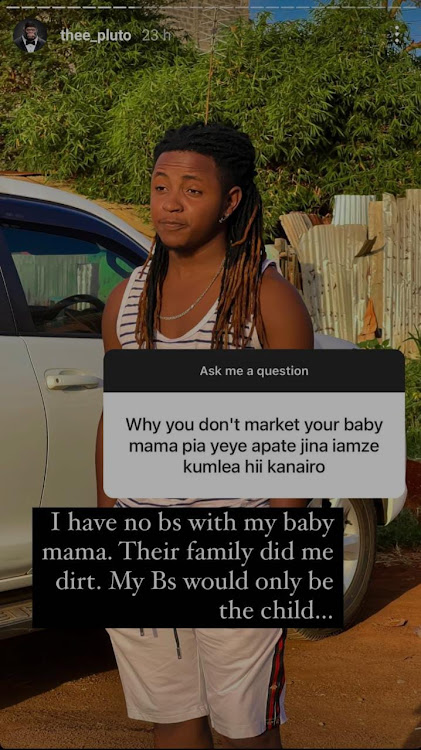 Another fan wanted to know when the YouTuber last saw his child and his answer might have come as a shock to many.

He answered, "Like an year ago." Before adding, 'Inauma' with a sad face emoji." 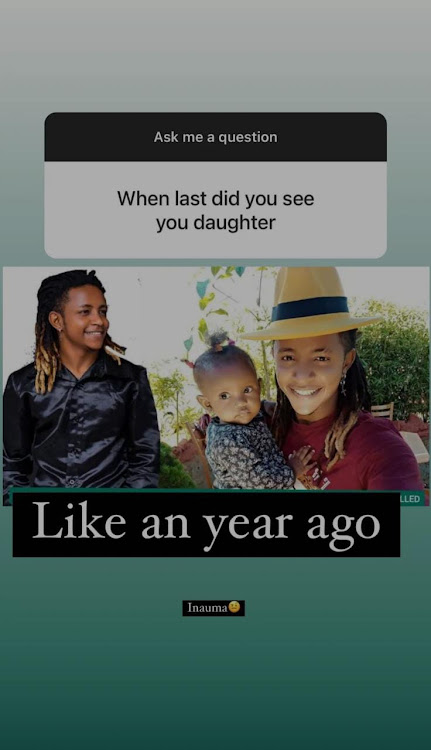 Late last year Pluto laid bare the cracks in his relationship with his baby mama's family, where he said they denied him access to his daughter.

Pluto had organised an expensive party which was meant to celebrate his wins. He wanted to use the very party to introduce his lovely daughter to his friends.

All was well planned but the baby mama's family backed off from the plans at the last minute.

"It was for me to introduce my daughter to my friends, family. At 11 AM, the girl's side backed off, I had to go there myself," Thee said in an interview with Makena.

After they failed to turn up, the YouTuber went to the girl's home to get the child but all was in vain.

"I was so disappointed, how come we have planned the whole thing, put my money into this, and at the last minute you back off? I was thinking of taking it to court, but then I thought I should leave it to God."

Pluto said all he wanted was to celebrate his daughter's second birthday in advance because he knew he wouldn't be present on the exact date.

Pluto is currently in a relationship with Felicity Shiru.

" Hongera mdogo weyu, you have made us proud." - Thee Pluto
Entertainment
2 months ago