• Pritty Vishy told Obinna that her former ex is not sincere.

• Pritty questioned his intentions despite knowing that about her. 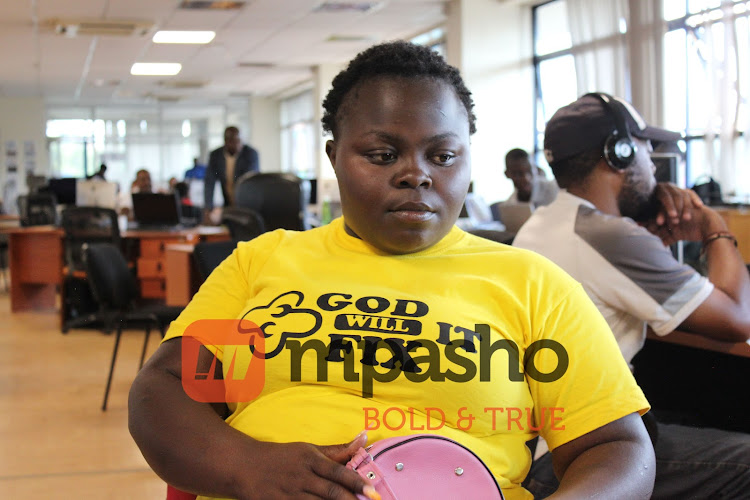 Kibera socialite Pritty Vishy has hit out at her ex-boyfriend Stivo Simple Boy for an allegation that he made two weeks ago that she cheated with 50 men.

In an interview with Obinna on his Kula Cooler YouTube show, Pritty blasted Stivo saying,

Obinna asked her whether Stivo had lied or spoken the truth?

Pritty retorted, "Where was he?"

Obinna agreed insisting, "Yeah I was wondering I called him on kula cooler show and he said you  had 50 men and he just behaved like he didn't know."

Pritty looked stunned adding about the claims saying, "Sasa if he knew si he should have gone and left me? Ati 50?"

Obinna asked if it was true adding, "He said he loved you so he was telling you all the time, 'oh be loyal, stay with one man, respect marriage.'"

"You know the problem with Stivo, he used to accuse me of cheating. When he sees me with someone, oh I am cheating. He is toxic. He is a toxic boyfriend, so I should not walk with people? "

To justify the toxic claim, Pritty Vishy explained how she met the singer

"Stivo katiad me but I shot my shot too, juu juu."

Laughing, she added, "He told me we should date each other, then I agreed telling him chonjo chonjo bro, kasonge sana kwani ni kesho?"

Pritty also confessed to dating a male celebrity who is a mubaba.

Obinna then laughed and said, "He is a Kenyan celebrity and is a mubaba? And he was Mc'eeing in a wedding? " Obinna sipped some water.

Pritty laughed and added, "I have not said where."

Pritty Vishy speaks after daring man begged her to marry him

Pritty Vishy was indifferent to the man's marriage proposal
Entertainment
1 month ago
WATCH: For the latest videos on entertainment stories