• It is also rumoured that Esma is pregnant with Said's child.

• Esma is not officially divorced and needs to dissolve her marriage first. 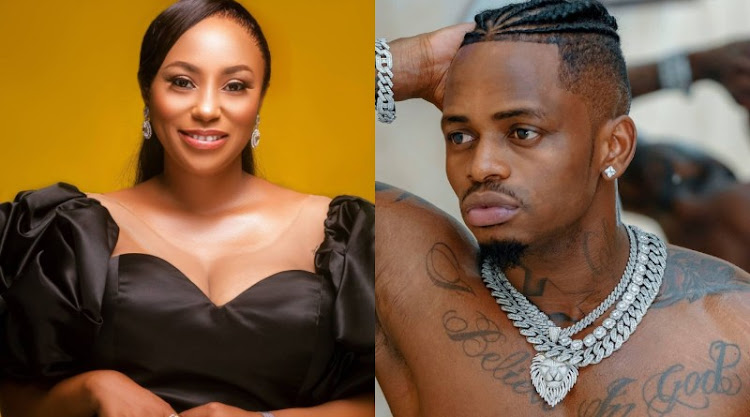 Esma Platnumz's husband is yet to respond to her divorce demands. But in the meantime, she is dating. And SERIOUSLY at that.

Two months ago, Esma was said to be in a happy but private relationship. She said at the time, that this time around, her fans will not get to see her new bae.

"Yes, I am in a relationship. But my relationship right now is not for social media like before," she said.

But now details of her mystery man have emerged.

Gossip king Juma Lokole interviewed Esma on Monday, June 13th on Wasafi Radio, where the sister to Diamond revealed her new man is an American who is wealthy. His name is Said.

Esma has repeatedly said that she doesn't like broke men, and anyone who wants to date her must be monied.

Esma who is a mother of two told Lokole she might think of expanding her family with Said. Mama Diamond has accepted her new 'son-in-law' according to Esma.

"They talk a lot over the phone. In fact, they do video calls. They talk, they greet each other on-call."

What does her famous brother Diamond think of her relationship? Esma said Diamond was happy for her.

"He doesn't know too much about him, anamjua kwa umbali."

What about marriage plans with Saidi?

"Najipanga, but for now we are just close. When the time is right, I will tell."

Esma also explained why she wanted a rich man saying "that one who has money is my medicine. Those other ones we use them, but a man with money".

Asked whether she wants to get married to her new bae, she said, "I am not marriage material. I am not even thinking about marriage."

Esma revealed she knew Said even when she was married but they were only just friends.

Zuchu and Esma have never been friends from the word go.
Entertainment
2 weeks ago

Diamond secretly follows Zari in her Kenyan trip
Entertainment
2 weeks ago
WATCH: For the latest videos on entertainment stories