Tv/radio presenter Martin Githinji gets real about his fatherhood journey

• Martin had a Father's day message urging men to do better.

• The content creator recalled needing a father figure in his life. 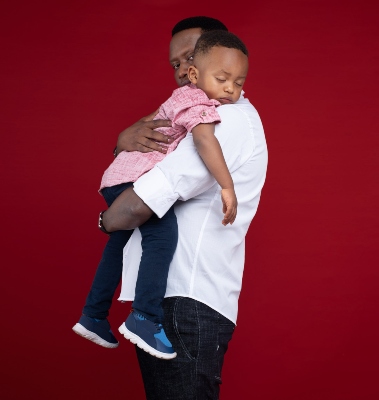 Sue na Johnnie actor, Martin Githinji aka Daddie Marto, has in a rare moment opened up about how his father's absence toughened him up.

Martin is a father of two children with his wife Christine Koku. Martins's comments about fatherhood are shared days ahead of Father's day June 19th.

The content creator told how he wants to change the narrative about fatherhood.

"In a male human is the man, the friend, and if they so choose, is the father, the husband. These individuals can exist in one person and be in total contrast to each other in personality. Not every man makes a good friend. Not every husband makes a good father and vice versa."

Adding he is not on speaking terms with his biological dad.

"When I came of age, I confronted my father on the man that he is because he had hurt me. Story for another day, but in short, my father and I are no longer on speaking terms."

Martin further added how hurt he was by his dad.

"He said things, called me things, did things, but I still held out my respect for him because he is my father despite his flaws. And still, I celebrate Father’s Day for my mother and not my father.

Because I can’t erase the role he played and credit my mother for fathering me. She mothered me well as a provider, protector, and coverer, but my mother can never be my father, could never fill that space, and never will."

Martin also assured that he is figuring things out on his own and it's not that bad.

"I was so sure of this when I went through a crisis that made me doubt myself as a man and I craved for fatherhood, yearned for my father at that moment. He did not come through, so I had to call out the man in me for me.

Having not been fathered I am figuring it all out by myself, I could be wrong, but at least I am well aware to be on the look out for any way I am stumbling in my fatherhood. That in itself is more than the generation before us was capable of."

By celebrating the positives we are imparting the next generation to yearn to be celebrated. To yearn to do it right, to yearn to be aware. We all make the fathers we want to have. The ones before us are long gone, we can do something about the ones that come after us. Let’s celebrate fathers on #FathersDay2022 Fathers that showed up and held on. #MaNaPaTau."

Sarah and Maureen are co wives who are opening up about living together with their husband Abraham
Lifestyle
2 weeks ago
WATCH: For the latest videos on entertainment stories