• Corazon is a socialite, model and entreprenuer 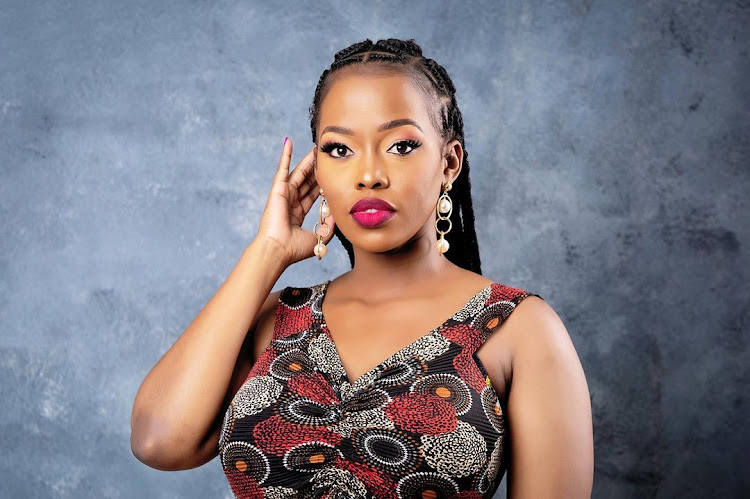 During a grocery shopping run, Corazon decided to do something she has never done according to her, in the last ten years... step foot in a matatu!

Corazon posted a photo of herself seated in a matatu in her insta stories and captioned, "forward travelers we in Kayole wassup!!!"

She, later on, added a video of her settling in the seat letting netizens know that she was recording the video just for fun. She captioned it. " going to the market. Yaani this is goals, back then I would never have taken a video in a matatu. Now we living free  because we gats it!!!" 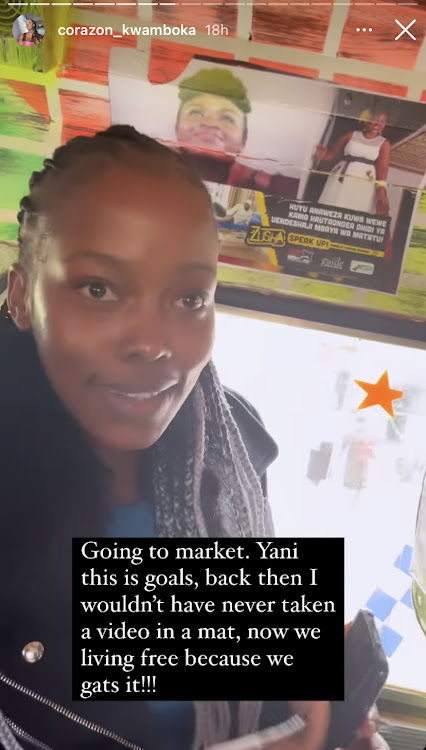 Before revealing to her fans that the whole ordeal was exciting for her because it had been 10 years... yes 10 years since the mother of two had last stepped foot in a matatu.

During her escapades in Kayole, the voluptuous social media personality made a stop to surprise some of her friends who were in the area. She was seen walking towards a general store and a lady walked out clearly shocked and slightly emotional to see Corazon.

In the video, the lady could be heard exclaiming, " Jesus! Wueh aki siami ( Jesus! I am in disbelief)'

To which a smiling Corazon responded, " nimewatembelea ( I have come to visit you guys.)"

The lady clearly giddy with excitement asked the guy recording to take a picture of her with Corazon to immortalize the moment. Before Corazon proceeded to the market.

She took some photos and videos in the market and urged people to support small businesses.

In one of her videos, a seller was excited to meet her and as they asked if it was okay to record in his stand he much obliged saying he actually even wanted to hug Corazon to which she responded, " wueh unataka bwana yangu aniue (  you want my husband to kill me?)" amidst laughter.

She concluded by showcasing her escapades with a video of her telling three kids that she'd buy for them chips.

Corazon Kwamboka has two kids, a son and a daughter she sired with Frankie JustGymIt.
Entertainment
1 month ago

I wouldn't change a thing about my past! Corazon admits

Corazon hopes to give her kids the best after she heals from her trauma
Entertainment
1 month ago
WATCH: For the latest videos on entertainment stories