• Tiger has been in the game for over 27 years. 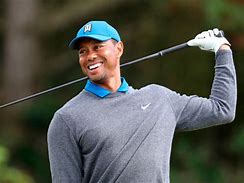 And boy is my heart beating over the fact that the only three athlete billionaires are all black men! Salut.

The 46-year-old has over time maintained his supremacy as one of the top athletes both in the field and on earnings in the world.

According to Forbes magazine, Tiger Woods is currently ranking over 1.7 billion dollars in salary, endorsement deals, and other sources of income.

Wood's billionaire status has been a long time coming considering he has been in the game over the course of about 27 years.

While I feel that the billionaire status would have hit sooner had his cheating scandals not cost him a whole lot of money from endorsement deals, there can never be a "late" timing to become insanely wealthy.

Forbes revealed that Woods's income over his 27-year-career is the longest that they have ever tracked anyone.

Ironically, before even this news broke out Woods had turned down a high nine digits deal to play on the new Saudi-backed LIV golf tour.

Tiger  Woods has gone forth in the span of his career to expanding into a whole lot of other businesses including a golf design business, a live events production company, and a restaurant as well.

NBA superstar LeBron James leveraged his fame and fortune by taking equity stakes in a number of businesses while Michael Jordan hit the billionaire status mark after he retired, thanks to a timely investment he made in the NBA's Charlotte Hornets.

Despite 4 back surgeries, Tiger Woods back at the top!

Despite 4 back surgeries, Tiger Woods back at the top!
Lifestyle
3 years ago
WATCH: For the latest videos on entertainment stories