Britney Spears and her ex Jason, were married for only 55 hours

• Britney and her ex-husband got married on the spur of the moment in Vegas.

• Britney's ex-husband said she was his first and only wife. 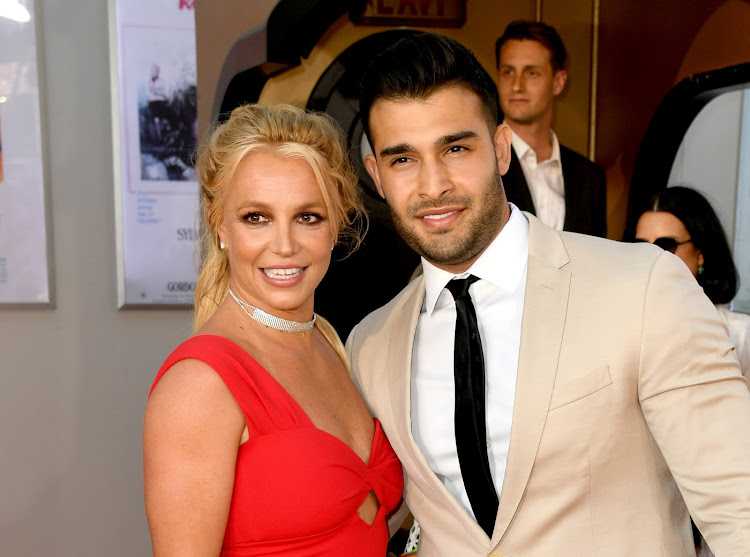 Britney Spears (L) and Sam Asghari arrive at the premiere of Sony Pictures' "One Upon A Time...In Hollywood" at the Chinese Theatre on July 22, 2019 in Hollywood, California. Pop princess Britney Spears on September 12, 2021 announced her engagement to her boyfriend Sam Asghari via social media.
Image: Kevin WINTER / GETTY IMAGES NORTH AMERICA / AFP

Britney Spears' wedding to her fiancé Sam Asghari almost failed to happen after her livid ex-husband sneaked into her home (where the event was scheduled to take place) armed with a knife on the day of the ceremony.

As the final touches and arrangements for the ceremony were being done in preparation for Britney and Sam's big day it was dramatically interrupted, as Britney’s first husband, Jason Alexander, showed up trying to crash the event.

Jason upon arriving at the grounds went live on Instagram, as he approached event security he was heard telling the security that Britney had invited him.

Throughout his live stream, he was also heard saying that she was his first and only wife, and he was going to crash the event before some kind of physical struggle ensued.

Though still unclear as to how he managed to, Alexander was able to make it inside Britney's home, where he continued to live stream clearly looking for Britney before she walked down the aisle.

Britney's guards finally caught wind of him and restrained him before calling the police.

He was eventually restrained outside and arrested as the police responded to a trespassing call. Jason was arrested and booked for trespassing, vandalism, and 2 counts of batteries following his physical altercations with Britney's security as they tried restraining him before the police arrived.

Jason was served with a restraining order that states Jason must stay at least 100 yards away from both Sam and Britney as well as her home.

Britney and Jason got married in January 2004 in a spur-of-the-moment ceremony in Vegas ... and called it quits just 55 hours later

Despite the altercation, Britney and Sam got to say their “I do’s” and her wish got to come true. Britney had expressed how she wished to be married once again and now she's a married woman!

Congratulations to the newlywed couple.

Britney Spears is said to be very focused on her career just days after landing a multi-million dollar book deal.
Entertainment
4 months ago

The book, will apparently delve into the details of her controversial 13-year conservatorship.
Entertainment
4 months ago
WATCH: For the latest videos on entertainment stories