Foi Wambui: I dropped out of law school after three months

Why I dropped law for mass communication - Foi Wambui

• Foi is an actress who has featured on Sincerely Daisy and Crime and Justice.

• Most of her roles range between being a 15-year-old and a 26-year-old thanks to her petite body frame. 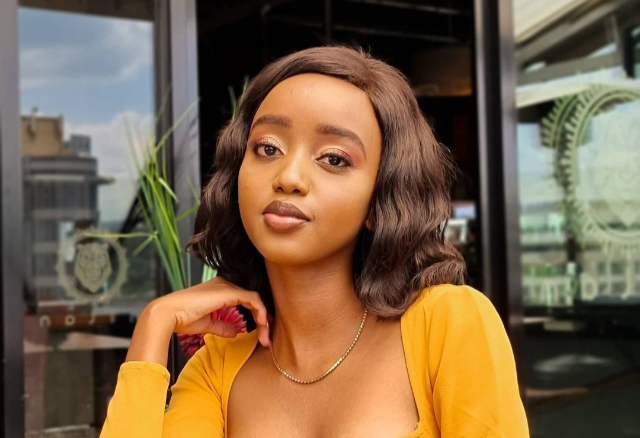 Foi Wambui has revealed she dropped out of Law school after three months.

The award-winning actress says dropping out was a blessing in disguise. Speaking during an interview with Mwende Macharia, Foi said, "I wanted to be a teacher while growing up.

In high school, I got an A and decided to be a lawyer. Growing up there are top 5 careers and Law was the closest to what I wanted to pursue."

Foi says she is thankful for having supportive parents adding that they were not upset when she dropped out of Law School.

"I was called to UON and that is when I got my first job on Radio. The students had gone on strike so we were home for almost three months.

I asked my parents if I could drop Law and they agreed. I went back to pursue Mass Communication but I am yet to graduate."

Foi has featured in shows such as Sincerely Daisy, Crime and Justice and is currently featuring on Angaza.

The actress was among celebrities who were trolled for not matching the fans' expectations when attending Fenty Beauty Launch.

"I do not take things to heart.

But it was a good thing because it shows the industry is growing. I however do not know if people reacted that way because it was an international product.

We are now afraid of being called for events, karibu tuitishe dress code in advance." She joked

Many criticized Kenyan celebrities arguing that they did not make any effort to look good for the launch.

They were compared to Nigerian and South African celebrities who bring their A-game in matters during events.

Actress Celestine Gachuhi emotional as 'Selina' comes to an end

A new locally produced show titled Salem will premiere on Monday at 8:30 PM
Entertainment
2 months ago

Actress and content creator Foi Wambui is one of the top personalities featured in Maxine Wabosha's podcast titled A Letter To My Younger Self.
Exclusives
10 months ago

Netflix offers subscription-based video on demand from a library of films and television series, 40% of which is Netflix original programming ...
Entertainment
8 months ago
WATCH: For the latest videos on entertainment stories