•Black Kopa is a musician just like his popular sister 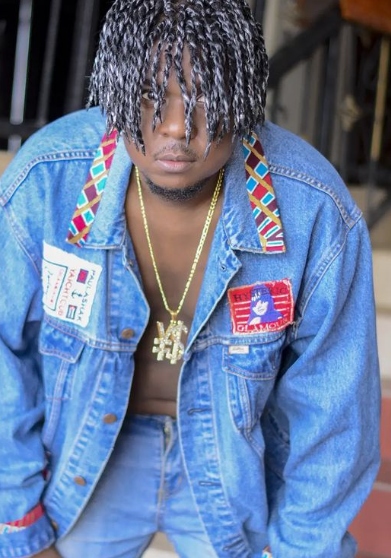 Zuchu has an older brother who is preparing to release his EP soon.

The brother, Black Kopa, spoke to Bona TV in Tanzania where he spoke about his relationship with his superstar sister, Zuchu.

He said, "She is free to live her life, I don't think there's anything going on. The most important thing is that she is doing her music successfully mambo mengine hayo ya mapenzi ni mambo ya mtu."

What if Zuchu wants to marry Diamond Platnumz?  Would he bless their union?

"Yes, I will, if that's what their plan is. Our mother Khadija has always encouraged us to marry the one and that if he or she is the one, go ahead and marry them. Our mother says that we must choose a partner we love and will be comfortable with because it is you who will face problems for instance if they decide to slap you. So the only thing I will ask her is umekagua vizuri? If she says yes, then I support her."

Asked if he has a message for his future brother-in-law Diamond?

Laughing, Black Kopa said, "I don't have anything to say to him he is an adult and knows what he is doing. Even Zuchu I have nothing to tell her sitaki kuongelea kitu chochote, mtu namaisha yake she will talk about it if she wants, I can't talk about her personal business."

The brother sings taarab music but this time round has tried bongo flavour music.

Asked why he hasn't collaborated with his baby sister yet, he said, "Maybe in future. Right now she is under a label, and while there we must respect the record label until she is free of obligations."

He says he has rebranded from doing Taraab to bongo flavour songs in his new EP.

"My EP is called Ribbon in triple six. I have tried a different sound. It has 4 songs and I've only done a collabo with my mother because I didn't want to do with many people who would say I am being helped to promote my EP. I didn't want it to appear as a favour they are doing for me."

"I first get permission because you know she is under management, to avoid disputes."

When I see you, I feel blessed-Zuchu's lovely message to Diamond

Fans react to Diamond and Zuchu's steamy on stage chemistry

One of Diamond's fans said, " I wish my boss can kamata me like this Zuchu is blessed."
Entertainment
1 month ago
WATCH: For the latest videos on entertainment stories