"If you don’t want something to be known, you can hide it for a very long time,” Kawira

• Papa Shirandula actress said, "After staying in the marriage for some time, is when I realized, this is not what I wanted.” 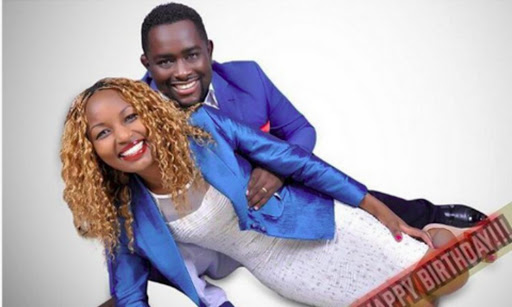 The former couple's relationship was the talk of the town when they got married and welcomed their children.

Everyone was envious of their marriage and considered their union one where love lived in it.

But that is not the case.

Kawira has blown the lid off that roof saying, she stayed because she was hiding a family secret that she was afraid would be revealed.

"I can say that I entered into this thing without exploring all the avenues by the time I was knowing some of the things that I know right now, it was too late, I was already in the marriage.

If you don’t want something to be known, you can hide it for a very long time,” Kawira revealed in a candid interview with Hiram on his vlog on Youtube.

Unable to sustain the relationship, she left.

Kawira recounts, "In my case, I left the marriage. I left on Tuesday, June 16, 2020, at 4.00 pm. When you see something you don’t know where it is heading to, you better go on your own way and look for other avenues for the sake of your own peace."

“The thing I would [like] to advice people is this, please know someone very well before you get married and the then the thing of till death do you part, it is never that serious, don’t wait there if you feel in your heart that you are not in the right place,” Kawira added.

What made the separation harder was the fact that they were church people with leadership positions.

They tried arbitrating the matter but all the attempts failed.

“We were church people but there are a lot of things we didn’t know.  When you see a person, you think that is the right person, but once you are together, you find it is not what you expected. After staying in the marriage for some time, is when I realized, this is not what I wanted.”

Kawira revealed that she has completely cut ties with Safari.

This news was broken by  Sandra Dacha who shared photos of the star in a high dependency unit (HDU) of a local hospital.
Exclusives
3 weeks ago

Dating a gym instructor is stressful, at least according to a video shared by Corazon Kwamboka.
Entertainment
3 weeks ago

Why I left Papa Shirandula - actress Kawira opens up

"Three years and 8 months ago my kids were hospitalized and Kenyans came through for me." - Kawira
Entertainment
9 months ago
WATCH: For the latest videos on entertainment stories