• Betty Kyallo and her sisters will give us a glimpse into the joys and pains of sisterhood, while also sharing more about their love lives, parenting, growing into womanhood and taking charge of their businesses. 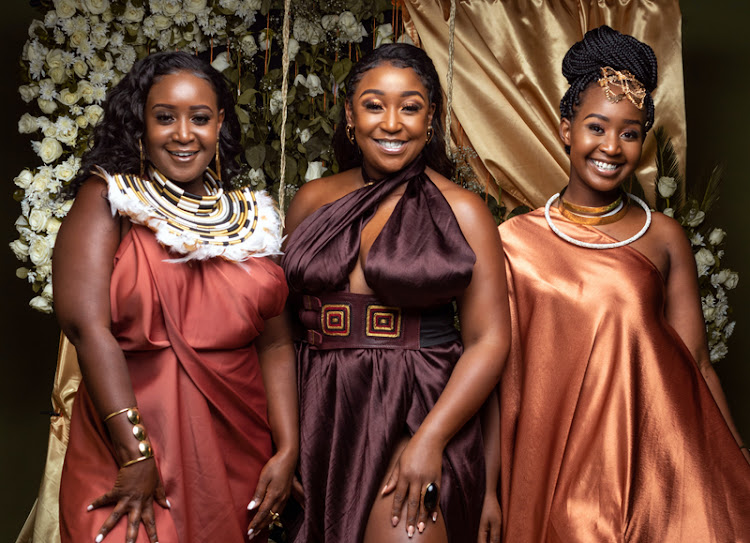 The 13-part reality series will dive into the personal lives of Betty Kyallo, and her bold sisters, Mercy and Gloria Kyallo.

The three sisters will give us a glimpse into the joys and pains of sisterhood, while also sharing more about their love lives, parenting, growing into womanhood and taking charge of their businesses.

"They’re hard-working entrepreneurs, they like to have fun, and they are not in any way held back by what society thinks of them. They’re strong and unapologetic. These are the things that attracted our production company, D&R Studios, to them."

While Betty is the most popular of the three sisters, for Eugene, each one of them brings something unique to Kyallo Kulture that the audience will love.

"Each sister will share a key life story that they've never opened up about before," he said.

"These stories are very personal to them, and have made them who they are today, from Betty’s childhood accident to Mercy’s IVF experience to Gloria’s childhood growing up without a father and so much more."

The idea for the show was conceived in 2021 after Eugene met the Kyallo sisters but they “needed a bit of convincing” as Eugene puts it, to buy into it.

"We spent many days shooting test footage to see if our idea was valid,” says Eugene. “We’ve had several pilots that had to be reworked and we’ve gone through a series of different storylines before settling on the season that we have now."

Sol Family and This Love were among the ten most-watched shows on Showmax in Kenya in 2020 and 2021 respectively.

Eugene said Kyallo Kulture’s major differentiator is that it is led by an all-female lead cast.

"The show has also been produced by a predominantly female crew," he adds.

Overally, Eugene describes Kyallo Kulture as "emotional, funny, and entertaining, even as it delves deep into matters that a lot of women (and by extension, men) will relate to and empathise with."