Kwame said his current relationship will lead to marriage

• As a public figure Kwame said it is difficult for his girlfriend as the public keeps on comparing her with his former female cast-mates.

• Alma was his wife in the Series Zora which aired on Citizen TV a few months ago. 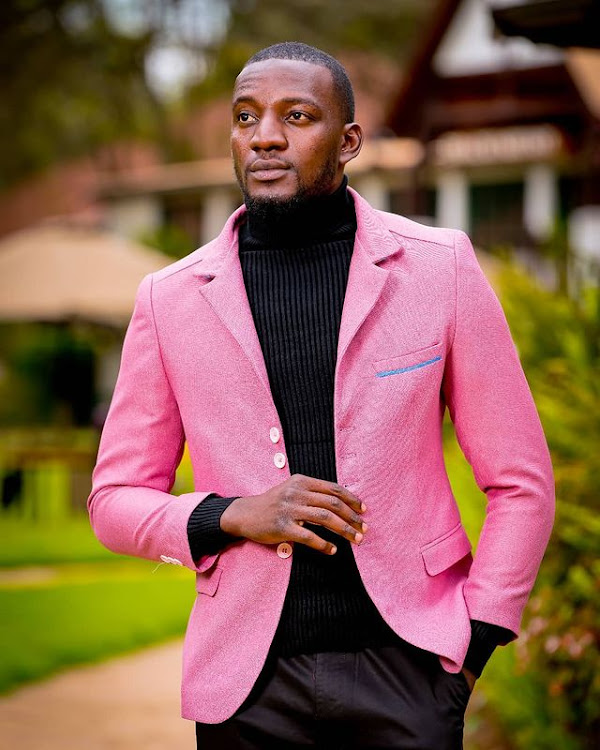 Zora actor, Quincy Rapando alias Kwame, is in a new relationship and he wants it to lead to marriage.

Quincy told Buzz Central that dating should be done with a view to marriage.

As a public figure he said it is difficult for his girlfriend as the public keeps on comparing her with his former female cast-mates.

"Being someone who is known in the public you are not allowed to hook up," he said.

"So far it is going well, the difficult bit is when you are walking on the street people expect it to be someone you have acted with like Alma and her having to deal with that is a challenge."

Alma was his wife in the Series Zora which aired on Citizen TV a few months ago.

Quincy also said the two are abstaining and enjoying each other’s company.

"I feel like physical intimacy is exchanging energies because I am plugging in and when I plug out I go with some of her and leave some of me in her. There is also pressure to deliver in the bedroom as a celebrity."

In an earlier interview with Word Is, Quincy said his ex-girlfriend dumped him after he became too busy for her.

"I got to a point where I focused a lot of my time on work and I forgot someone else needed my attention. I forgot I was supposed to be Quincy the man and boyfriend to someone."

He said they both got to a place where they understood that they wanted different things.

"Not spending enough time together costs the relationship," he said. "We were constantly working and that time we would have used to seek things out, was used at work," he finished.

A jack of all trades, Quincy Rapando is an actor, rapper, and singer.

'I got too busy for my girl, she dumped me,' says Zora's actor Kwame

Kwame owned his mistake saying he became too busy for his girlfriend.
Exclusives
7 months ago

'My mum was not comfortable with me becoming a celebrity,' says Zora actor Kwame

'I was unable to do music while acting,' Zora actor Kwame says

Kwame said music introduced him to the entertainment industry.
Exclusives
7 months ago