• Bahati wasn't happy that Stivo was bigging up the mother of his two biological kids. 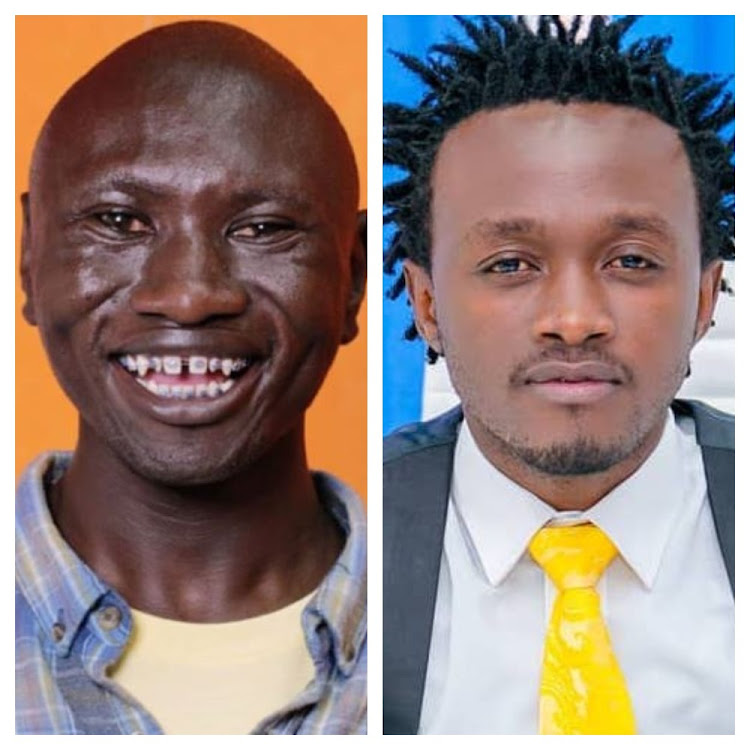 The incident started after Diana had posted an Instagram clip of her recent interview with the ''Mihadarati' rapper.

"Yaani, you call someone for a serious interview, and out of the blues he declares his love for me. I'm still in shock but we move on regardless 🤦‍♂️," the mother of two wrote.

In the clip she posted, Stivo can be heard waxing lyrical about Diana's body. "Mambo iko aje. Unaendelea aje?" he started out.

Questions to which Diana responded with a perfunctory answer saying she was o.k.

The musician then promptly shifted gears from one to five and praised Diana's physique. "Mwili yako iko sambamba!" he declared without missing a beat.

A smiling Diana then rhetorically responded by asking Stivo whether he indeed loved her body?

Stivo doesn't back down. In fact, he went into detail about why he loved her body, telling Mrs. Bahati that she had a good body cause she didn't have 'ngongingo.' (Whatever that means?)

While most fans were exhilarated by the exchange, Diana's hubby Bahati was livid and even threatened to beat up the always good-natured Stivo.

And how did Kenyans take this? Some thought that Bahati should be concerned that Stivo would slice Diana from him.

Others meanwhile were surprised that Stivo had changed his preference as far as women go considering he used to love 'vienyejis'.

daphney_amisi Stevo will be the end of me😂😂