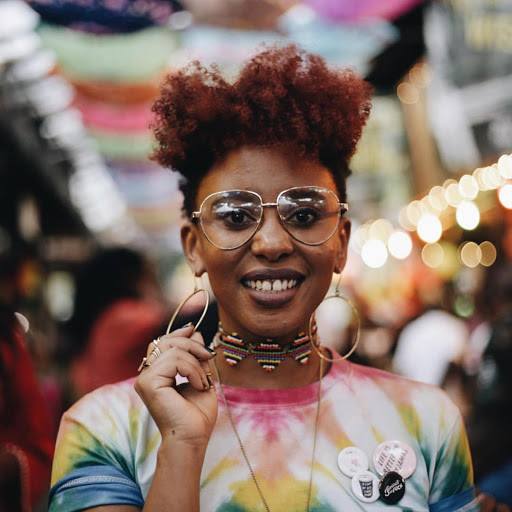 Karen 'Kaz' Lucas has found herself in a very precarious position after she defended Alchemist Club after they were accused of segregating their patrons based on race.

Here is a video in case you missed it.

How will we ever beat racism if we are racist against our own selves. Last week when I went to Alchemist there was a line for white and Indian people separate from the blacks’. One black guy tried using the line akachujwa immediately. This is sad really pic.twitter.com/GcY2oPkcmI

This video led to an uproar that saw Nairobi governor Ann Kananu suspend the operating licence of Alchemist Club over racial discrimination claims.

Kaz took to her social media and blamed 'keyboard bullies' for the club's closure saying the employees of the club will be out of work.

Kaz wrote, "The number of jobs lost, hungry homes and loss @alchemist254 has had to suffer at the hands of keyboard bullies is just dispeakable! (sic) You have no idea how powerful your phones are till you're responsible for all the mouths that go hungry from your actions."

She loudly threw her support behind the Alchemist club despite the racism claims, adding, "Yes we can all be activists but use your power wisely. Look what you've done. Shame shame on you!! #iSupportthealchemist."

Comedian YY added, "This is pure lack of wisdom…Where will you be free if you are a slave in your own country….In fact, Kenyans are lenient to not have caused physical mayhem…The law will do whatever it takes to speed up an investigation even if it’s closure …this is an issue against community guidelines so It has to be taken seriously to the core…"

Here are some more reactions by Kenyans online.

gasman_walter: Until she is the victim she will know what racism means.#endracism

weightlossplatform.ke: So we're supposed to tolerate racism in our own motherland to look good?? Atuwache pia aiiiii

sarah_petite11: The ignorance with people 😑they’re the same people that will chant Black Lives Matter yet doing the opposite in their country

damanfit: I'm drinking my ☕ ☕ reading through these comments ...Cinematic .

iam_bett: Reminds me of Kanye West's assertion "Slavery was a choice"

caterinaplesh: If they didn't want to loose their jobs they should have known black skin matters n this is our land

ephymuita: Everyone is Equal , Be it white yellow black , we breath the same air, use the same water ,. Nini hiyo burukenge inasema.

angilaoluoch: Okay this is a low blow coming from her 🙄😳 what are we supposed to do?? Bow and worship our colonizers??? We are not our ancestors,we will get them chased out of this country if we have to 😡

"My love for you is too deep for words. I got your back, in this lifetime and the next ones."- Majic Dyke
Entertainment
7 months ago

Kaz Lucas holidays with her two female lovers
Exclusives
1 year ago
WATCH: For the latest videos on entertainment stories