Tanzanian singer Rayvanny has released the video to his latest single titled, “I Miss You.”

• Fans are comparing it to his dating and love life. 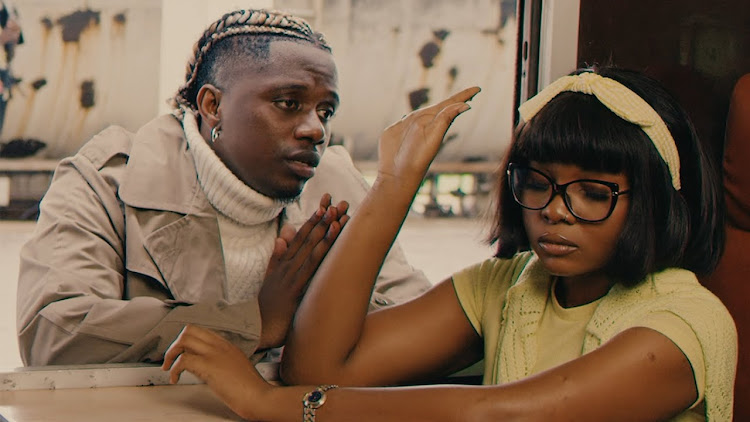 You will only realise you're truly loved someone when you let them go. It also hurts when you see your ex is doing better without you.

Those are some of the emotions Rayvanny and Zuchu have taken their fans through in the video to their song 'I Miss You'.

Rayvanny and Zuchu have released the video to the love ballad, and fans are pointing out just how real the storyline means to Rayvannys current love life.

It is so touching that fans are re-watching it to understand how much losing love hurts Rayvanny.

Yocy Brian .... shared that, "Sometimes we miss those dear people We made Memories with at some point in life😢. We get to a point we wish we could reverse time and bring back the lost memories. But damn! it's Life, it's how we learn and how we grow."

Another fan called Watson Mwape wrote, "This song speaks to my soul😭😭😭😭😭...We honestly miss the sun when it starts to snow."

At the end of the video, Rayvanny burns down his home, but we don't get to see if he leaves the house in time or if he is still inside.

The song was taken from Rayvanny’s previously released extended play, “Flowers II” which was released in February.

The singer's fans immediately started speculating that he misses his ex-lover and baby mama Fahyma.

Rayvanny is currently dating Paula Kajala but the two have been following and unfollowing each other on social media.

Early this week, Harmonize revealed that Kajala and he are now hitting the gym together and spending time working out every day.
Entertainment
6 months ago